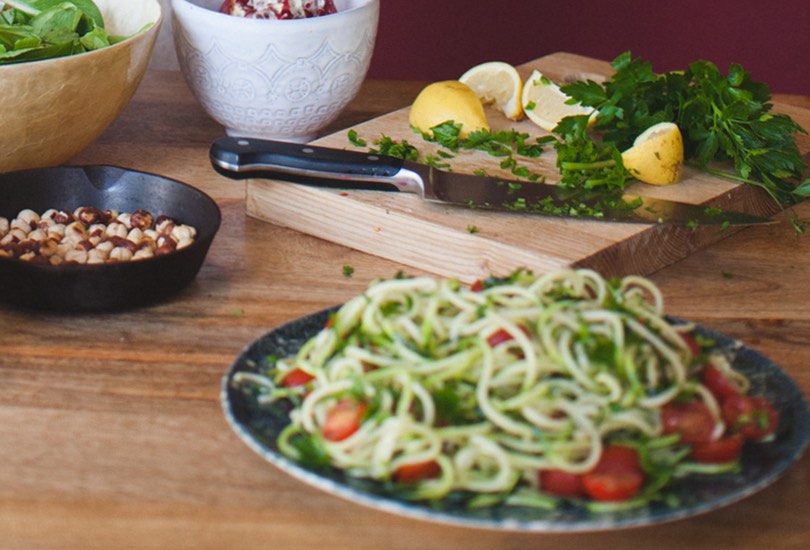 Tiny creatures aside, the common use of the term “calorie” refers to a kilocalorie. Kilocalorie (we’ll just use the common terminology and call it calorie from now on) is a measure of the amount of energy needed to raise the temperature of 1 kilogram of water by 1 degree C.

This unit of heat measurement, originally developed in the early 19th century by a French engineer, was harnessed as a simple and universal method to measure the energy content of food. Eventually, processed foods began carrying a label with the total energy content, as well as the gram measurements of fats, carbohydrates and protein.

With the help of FDA caloric suggestions, consumers ran into an alarming dietary deception. The use and obsession of food calories presents a greater danger than small creatures making our jeans tight… it corrupts the whole concept of healthy eating. Here are 5 vital reasons why calories don’t count.

Common story: a shopper starts by scouring the snack isle, searching for a product to satiate their potato chip craving with the least amount of calories per ounce. After careful deliberation and calculation, he or she settles on a bag of air-popped popcorn laden with artificial butter flavor and toxic vegetable oils.

As the result of compelling media, marketing and labeling, many consumers focus more attention on quantity, not quality. Instead of shopping the nutritional label, shop the ingredient list. That deserves your time and attention.

Healthy eating is complicated, no doubt about it. First you hear butter is bad, then it prevents cancer. First carbs kill you, then they make you lose weight. Even spinach is confusing… should one eat it raw or is that dangerous?  Nutrition labels, however, deceptively simplify healthy eating. Few calories = good, high calories = bad. Simple. Yet dangerous.

That mindset leads to eating disorders, infertility, disease, and depression since it encourages the consumption of processed foods instead of nourishing foods.

After all, if a box of cereal claims, high protein, fat free, and only 80 calories per serving! doesn’t that sound healthier than a couple of eggs cooked in butter? Perhaps, but the slick marketing claims mask the fact that the processed cereal causes inflammation. And the fact that your body needs good, old-fashioned fats found in butter and egg yolks. And that the cereal offers little more nutrition than the box in which it is packaged.

I believe that healthy eating is simple, but not simple in terms of calories. Make healthy easy by finding calorie-free food (yes, I’m going to explain that in a second).

Calorie-consciousness shifts emphasis from how you eat to how much you eat. Counting calories ultimately prevents a harmonious relationship with food. Instead of welcoming food as life-giving nourishment, calorie counting produces apprehension of food.

Most importantly, calorie-consciousness drowns the body’s communication. I believe our bodies knows what, when and how to eat and–if we listen to that quiet voice–we can heal ourselves. It is hard to change habits and blindly trust our bodies, however. So if you need help, try visiting a naturopath or energy practitioner to get tested for food allergies and dis-ease in the digestive system.

Weight loss begins with whole, nourishing foods prepared at home. It means eating mindfully, chewing thoroughly, and releasing gratitude and joy for each bite you raise to your lips. Finally, when it comes to weight loss, forget the calories and remember this: we don’t lose weight to get healthy, we get healthy to lose weight.

As I mentioned above, paying attention to calories establishes a stress-based relationship with food. Stressing out while eating is a bad idea because it interrupts the entire digestive process.

Additionally, an article from a 2010 volume of Psychosomatic Medicine (Kiecolt-Glaser, Janice. Stress, Food and Inflammation: Psychoneuroimmunology and Nutrition at the Cutting Edge) explains how stress affects the vagus nerve, a key piece in the digestive process:

Because the vagus nerve innervates tissues involved in the digestion, absorption, and metabolism of nutrients, including the stomach, pancreas, and liver, vagal activation directly and profoundly influences metabolic responses to food… Both depression and stress have well-documented negative effects on vagal activation as indexed by heart rate variability.

A number of calories does not reflect how effectively that energy will be used by the body. For example, 100 calories of coconut oil provides quick-burning energy that is easily used by the body and not stored as fat. The fatty acids in coconut oil boost metabolism and components like lauric acid fight candida overgrowth. It is also extremely satiating.

On the other hand, let’s examine 100 calories of a commercial soy protein shake. The processed, unfermented soy actually prevents adequate protein digestion. Not only can we not digest the nutrients in this food, it causes serious health problems. The phytoestrogens disrupt hormones, the goitrogens impair thyroid function, and all the anti-nutrient properties of soy actually slow the metabolism. (Source).

If calories don’t count, how do I lose weight?

The equation “weight loss = calories in – calories out” is rooted into our psyche. People make the mistake of applying the law of thermodynamics to weight loss, and claim that, to lose weight, an individual must consume less calories than he/she expends. That’s is correct in theory, but not in reality… because humans aren’t machines, and because all calories are not created equal!

In The Calorie Myth, author Jonathan Bailor discusses the overwhelming research that shows how the human body does not conform to the laws of thermodynamics when it comes to weight loss. He covers a range of human and animal studies that prove how the calorie math doesn’t add up. For example, he writes:

The Women’s Health Initiative […] tracked nearly 49,000 women for eight years. […]  One group of women ate an average of 120 few calories per day than the other group. Remember, that adds up to 350,400 fewer calories. How much lighter was the average woman who ate 350,400 few calories?

That’s because quality of food and weight set point plays a vastly more important role in weight management than calories!

As Jonathan explains in his book, in order to lose weight we must to change our weight set-point by raising our metabolism. We can eat the same amount of calories of metabolism-boosting coconut oil or thyroid-destroying soybean oil. One will help balance hormones, detox the body and lower the weight-set point. The other will signal the body to down-regulate the metabolism. Calories aren’t created equal!

Calories don’t count, but your mindset does!

Further, mindset plays a powerful role in weight loss, a role which is not part of the “calories consumed – calories expended” equation. Want to prove it to yourself? In the New York Times Bestselling book, E-Squared: 9 Do-It-Yourself Energy Experiemnets that Prove Your Thoughts Create Your Reality, author Pam Grout challenges readers to set a 72 hour deadline. During this time period, you are instructed to infuse each bite of your food – whether it be a kale salad or slice of cake – with positive thoughts, envisioning each bite bringing nourishment to your body. After the 72 hours, many people find they have lost 3 pounds!

As I write this post, I’m searching for the link to a study that I came across last year, but I can’t find it. In this study, participants were instructed to run regularly on a treadmill and had their body fat composition measured. Those who envisioned yellow fat dripping from their body while working out lost significantly more fat than participants who did not practice the visualization! Another study showed that relaxation primed the body for self-suggestibility, pointing to the theory that visualization is a powerful tool for weight loss. Additionally, one two-year study showed that women who focused on meditation and relaxation, rather than diet and exercise, lost more weight and kept it off.

So, if calories don’t count, what does healthy eating mean? 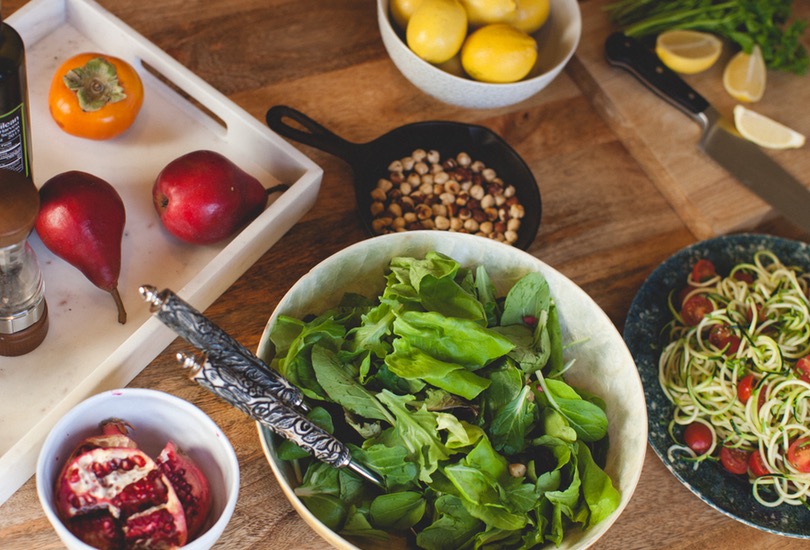 No, I’m certainly not suggesting one should subsist on toxic sugar substitutes or even bizarre zero-calorie noodles. Look for food that doesn’t come with a nutrition label. Real food – Mother Nature’s nourishing bounty – does not list calories.

Real, unprocessed food is nurturing, majestic, gratifying, and sublime. Forget the calories, have fun in the kitchen, and eat with joy!