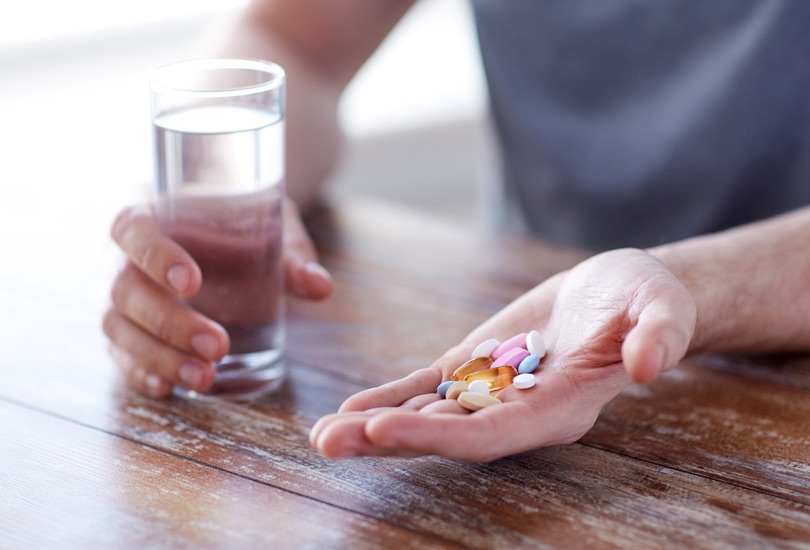 If your chronic digestive problems have led to cull through alternative health websites and wellness books, you may have heard the name Dr. Datis Kharrazian. He is one of the leading educators on brain and gut health, the author of bestselling books, and the developer of a line of cutting-edge supplements used by holistic practitioners.

“If a person has a brain-to-gut axis disorder, they’re not going to fix it with digestive supplements.” Datis Kharrazian

Many alternative practitioners give hydrochloric acid supplements and digestive enzymes to support their clients digestion. This usually ameliorates the symptoms of poor digestion, we need to continue taking these supplements to keep the symptoms at bay.

That’s because the root cause is in the brain, not the stomach. The brain isn’t sending the signal to the stomach to turn on gastric juice production.

Doling out digestive enzymes is a similar band-aid approach. It is often necessary to support the absorption of nutrients, but enzymes don’t fix the root cause. The brain continues to fail in turning on enzyme production in the pancreas.

The brain turns on digestion. If the brain can’t send the ON signal to the gut, digestion isn’t going to happen.

The Vagal Nerve is The “Digestion Muscle”

That ON signal travels from brain-to-gut via the vagal nerve. The vagal nerve is like a muscle – if your vagal nerve is weak, it can’t do the heavy lifting of turning on digestion. Yes, I’m calling a nerve a muscle, but stay with me through this analogy. It is the most accessible way to understand this concept. If you think of the vagal nerve as a muscle, it can have strong vagal tone (like a toned muscle) or weak vagal tone.

With strong vagal tone, the brain delivers the ON signal to the following processes of digestion:

When vagal tone is weak, all those processes don’t get properly fired up.

How to Get Strong Vagal Tone

If you have weak biceps, you know that the solution is a regular workout routine. You wouldn’t expect a magic pill to bulk up without exerting effort and perseverance (well, you could inject some testosterone but at the risk of messing up that precise choreography called all your hormones.)

Similarly, if you have weak vagal tone, you can’t expect a digestive supplement to be your magic pill. You need to exercise your vagal nerve.

In the below interview and in his book, Dr. Kharrazian popularized the following exercises to strengthen vagal tone:

Those aren’t the most comfortable methods of increasing vagal tone. Other ways include: