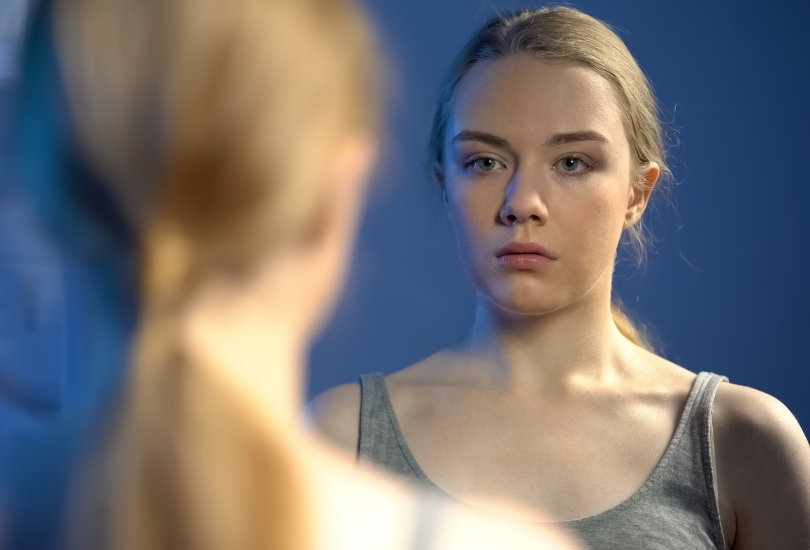 I pondered this question deeply while researching and writing my book The Invisible Corset: Break Free From Beauty Culture and Embrace Your Radiant Self. For decades, women have turned to risky cosmetic surgery procedures, convinced that it’s the only way to feel better about their bodies.

Given the media influence, and advertising campaigns, it’s no wonder women came to believe that surgically altering their bodies offers a viable route to confidence and success.

So why is it that many women without “perfect” bodies are happier, have better sex lives, and enjoy better health than some women who match the beauty standard? Why is it that some people with physical birth defects, scars, or other dramatic physical abnormalities are untroubled by body insecurities?

Because it’s not one’s physical appearance that determines a person’s self-esteem — it’s one’s mind and the cultural influences that shape their mind.

Consider a study that shows that after a breast augmentation, the percentage of participants who were “very satisfied” with their body rose significantly.

After the surgery, these participants changed their mind about their bodies. Interestingly, the placebo effect might be to blame here! The participants have invested so much money and intention in plastic surgery making them happy, in effect they have already subconsciously decided that it will make them happy.

THE POWER OF PLACEBO

This phenomenon has been studied using sham surgeries for pain, in which the patient is cut open but not surgically operated on. One meta analysis showed that in half of the studies comparing sham surgery to real surgery, placebo surgery had the same effect of real surgery!

Plastic surgery is an expensive and risky way to change one’s mind, as many women with breast implant illness have realized. Their surgeon didn’t inform them that their breast implants might causes chronic illnesses such as autoimmune disease.

This is one of the reasons we’re seeing a Breast Explant Movement right now, with women opting to remove their breast implants. They realize they can choose to feel confident and happy at any breast size.

Explant was an exorcism of sorts. The weight I felt leave my body that day & the freedom I feel now is truly indescribable. 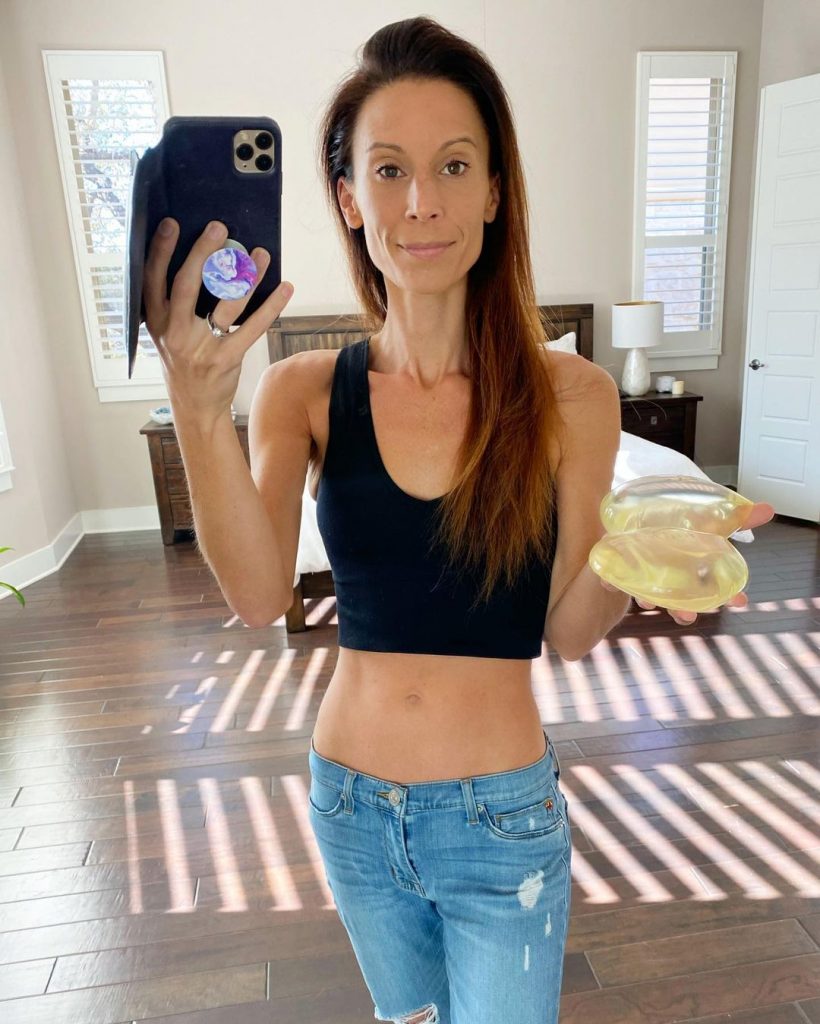 Many women now realize the obstacle to their happiness was not, in fact, their bodies. The obstacle is their belief that their bodies are the problem. I wrote The Invisible Corset to help women free themselves from the beliefs that keep them as uncomfortable and restricted in their bodies as traditional corsets once did.

WHAT IS TOP SURGERY?

As rates of breast implants decline, another breast surgery is gaining traction …  a surgery that completely removes all breast tissue (i.e. a double mastectomy). It’s called “top surgery,” and is undergone by women who feel their female body doesn’t match their inner feeling of maleness or masculinity. They may want to look like a man, or they may want to look less like a woman.

Before I go further, I have something to say… not that it gives me any further “right” to have an opinion on this topic than anyone else. I am bisexual. I state that to delay knee-jerk accusations that I’m being homophobic, and to help people understand that many of gay/lesbian/bi people see the fallacies of “gender theory.”

As someone with, well, functioning observational skills, it’s obvious to me that women are physically, energetically, and psychologically different than men. I believe feminine energy should be socially valued just as much as masculine energy, and that both men and women should choose how much masculine/feminine energy they want to embrace in their lives.

Since I hold this belief, I’ve watched in horror the train wreck of the current “LBGT-xyz” movement. I’ve seen the adoption of new vocabulary such as “queer” and the rise of gender identity ideology (think: giving one’s pronouns), based on reasoning that dissolves under logical analysis. 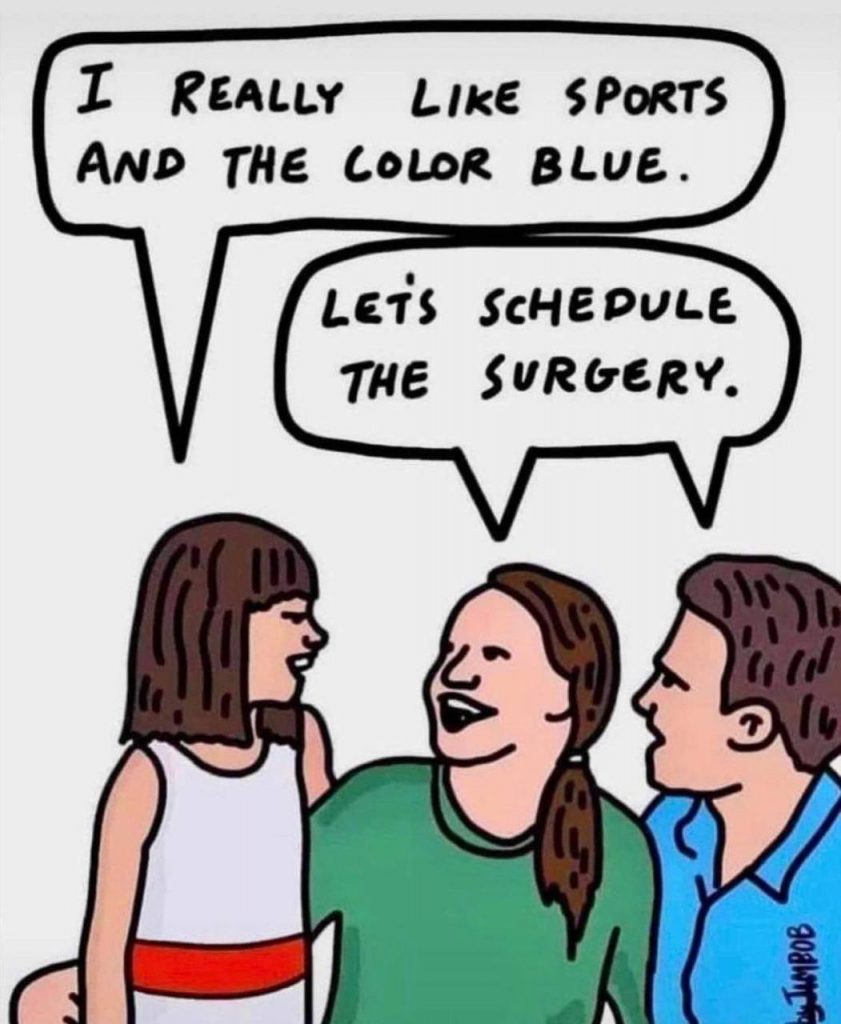 One commenter on a YouTube discussion on gender identity astutely observed:

The proponents of [gender identity] seem to me to be discovering and expressing the feelings associated with their INDIVIDUALITY.

They confuse their identity as an individual with that of a gender identity, and they still want to hang on to associating that with a group identity, and everything that comes with being a member of a group.

Your individuality can be celebrated as just individuality (our American history and ideals are all focused through the primacy of individuality)…..without transforming it into a gender identity.

She might prefer the company of her male peers, and feel more comfortable with how they act, in comparison to the typical cattiness and body obsessions of her female peers. Or, as her body develops through puberty, she may feel distressed and afraid of these changes for many reasons.

She may feel scared of the sexual attention she now receives, which often provokes a searing feeling of powerlessness and vulnerability. She might hate getting her period. She may feel that her developing curves make her feel heavy and uncomfortable, and she doesn’t like how clothing now fits.

She might also be attracted to other women, and take on traditionally masculine roles in her work and relationships. Prior to the rise of gender identity ideology, she would probably consider herself a butch lesbian, but now she struggles with “gender confusion”

And perhaps most importantly, she may secretly believe she’s different than everyone around her. Confused about who she is because she hasn’t yet recognized her deepest spiritual identity and spiritual gifts, she deeply longs to be recognized and valued by other people as unique and important.

These are just a few of the million reasons why a preteen or teen girl might believe she is not really a woman. Yet proponents of gender identity ideology often wish to label her as trans or “nonbinary” and suggest that cosmetic surgery would fix her problems.

Is it possible that her mental health might actually benefit from surgery? I’m not saying it’s impossible, but statistically it’s not likely. Additionally, we don’t know how much trans surgery is actually a placebo effect (as I discussed with breast implants) because we can’t use a placebo for this kind of surgery.

In her book Irreversible Damage: The Transgender Craze Seducing Our Daughters, journalist Abigail Shrier offers a deep dive into the statistics and cultural influences of girls claiming a transgender identity.

Shrier says, “Some small proportion of the population will always be transgender. But perhaps the current craze will not always lure troubled young girls with no history of gender dysphoria, enlisting them in a lifetime of hormone dependency and disfiguring surgeries. If this is a social contagion, society—perhaps—can arrest it. No adolescent should pay this high a price for having been, briefly, a follower.”

What is the high price of being a brief follower of the transgender and “nonbinary” movement? For many young women, the high price is losing their breasts. Convinced that a less womanly body will make them feel more whole, these women opt for “top surgery.” 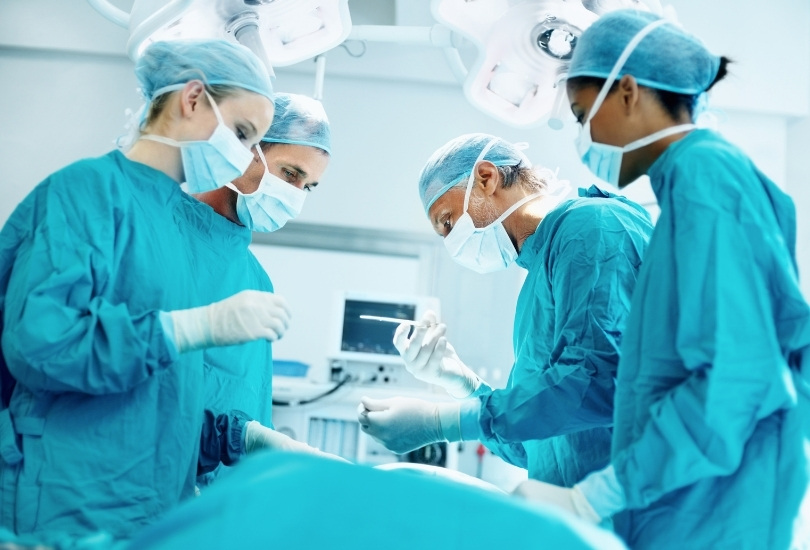 What are the requirements for “top surgery”? The World Professional Association for Transgender Health (WPATH) Standards of Care gives the following criteria:

Let’s address item #1: The person has persistent gender dysphoria that has been well-documented by a qualified mental health professional. 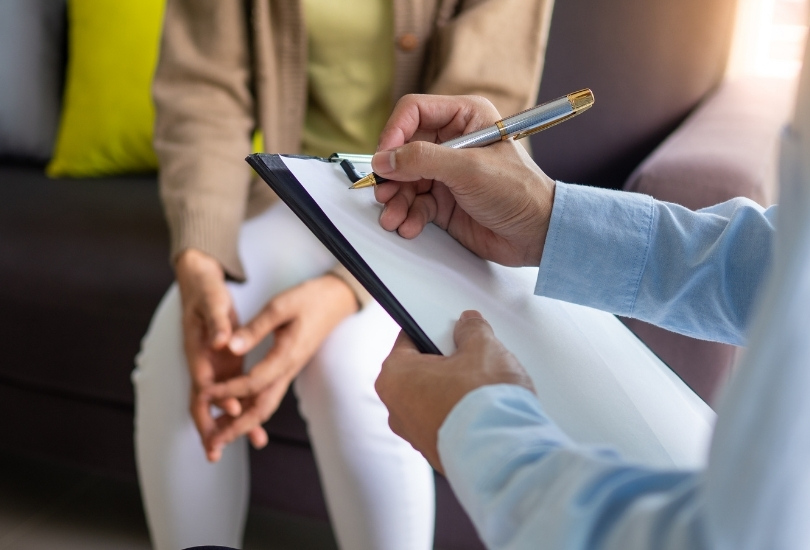 When I was 11, I developed anorexia as a coping mechanism to deal with an unhappy home environment. It took a while for my parents to realize I had an eating disorder, and in the first months of my starvation, they took me to a doctor and said, “We’re worried she’s depressed.” After a five minute discussion with me, the doctor prescribed me antidepressants!

My problem was deep emotional turmoil caused by familial and cultural influences. I felt starved for recognition and attention, and so I unconsciously manifested that spiritual/psychological need as physical starvation.

Could this, possibly, happen in cases of gender dysphoria? Could the diagnosis by “professionals” overlook the real problem? Is it possible that young women are unconsciously revealing their internal confusion and self-rejection through a physical manifestation?

Mental health diagnosis are deeply subjective and unscientific. In a previous article, I debunked the DSM-5 (The Diagnostic and Statistical Manual of Mental Disorders) — the clinical bible used to diagnose conditions including gender dysphoria.

So, just because “gender dysphoria” is listed in the DSM-5, and someone is diagnosed with that label, doesn’t mean it is scientifically valid or an effective diagnosis in helping a person find a sense of wellbeing.

Now, let’s address item #2: They are able to make a fully informed decision and provide their consent for the treatment.

Unfortunately, the rhetoric used by “gender affirming” practitioners (those who accept gender identity ideology) general parallels the messages of fundamentalist religious groups, with a slight variation in terminology.

As for item #3: They are the age of majority in their country — otherwise the standards of care for children and adolescents apply.

In most US states, the age of majority is 18. Can you remember any deeply-held identities you had when you were 18, that you’ve now changed? Maybe you found your identity within a relationship, religion, philosophical paradigm, or career ambitions that you thought would never change.

And yet, as people mature, those things can change. And as people spiritually mature, which is a different thing entirely, they realize their true identity has nothing to do with their physical appearance, belongings, accomplishments, failures, or beliefs.

The problem with “top surgery” is that one can’t undo it, like removing breast implants. No replacement exists for that sensitive, alive, energetically-charged tissue, and one can’t ever breastfeed should a change of mind occur.

And item #4: Any preexisting, significant medical or mental health conditions are under reasonable control.

I would say the same thing about any person considering cosmetic surgery, as well: the desire to butcher and plasticize one’s body does not reflect mental health, bur instead shows the harmful internalization of eurocentric, transhuman, and body dysmorphic beauty standards (to learn how to heal those beliefs, read The Invisible Corset). 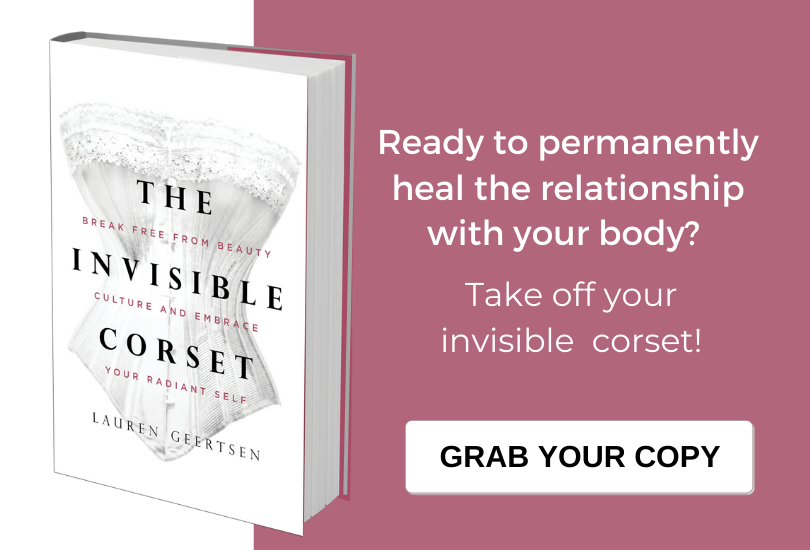 PROTECTING THE WHOLENESS OF WOMEN’S BODIES

If you feel uncomfortable in your body, it’s normal to seek an explanation. The anorexic might say, “I feel this discomfort because I’m too fat. Losing weight will make me feel powerful and confident.”

Other women might think, “I feel this discomfort because my body doesn’t match magazine pictures. Getting plastic surgery will make me feel powerful and confident.”

And now, thousands of young women are saying, “It’s because I’m not really a woman. If I get surgery and hormones to make my body less female, then I will feel powerful and confident.”

I see this as the continued war on the sacredness and wholeness of women’s bodies.