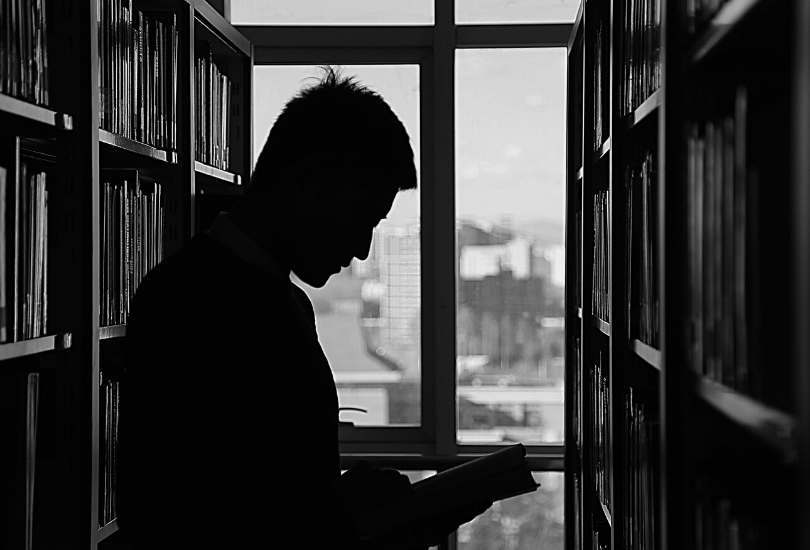 Here are 6 signs you’re thinking for yourself, because now is a very good time to do so.

1. You come to the table with questions, not answers.

People who think for themselves approach new or dissenting information with curiosity, not defensiveness. Defensiveness is the reflex to protect one’s existing belief system, whereas curiosity allows for the growth and expansion of your beliefs.

A friend left a cult-like religion when she was 36. She told me that in this religion, members are encouraged to avoid from books and publications that oppose their religious beliefs. They’re told these these documents are the work of the devil and will undermine their faith.

If they choose to read these “dangerous” or “poisonous” materials, they’re guided to wait until their faith is strong enough. They goal was to avoid the materials until they had rebuttals to any theological challenges or opposing historical information presented. The guidance was, “Don’t read anything that will provoke questions for which you don’t have the answer.”

Someone who comes to the table with answers instead of questions upholds their culturally-inherited beliefs, instead of seeing beyond those beliefs.

2. You feel compassion instead of condescension towards those with differing beliefs.

They don’t realize that their materialistic worldview — the idea that everything can be explained on the level of matter — is a faith-based ideology, no more scientific than the belief in an afterlife. (World-renowned scientists debunk this ideology in the article A Manifesto for A Post-Materialistic Science.)

In fact, people who think for themselves celebrate being wrong. They know that realizing they’re wrong means they’ve grown.

3. You embrace the necessity of different viewpoints.

There’s a parable about three blind men finding an elephant in their path. One feels only the tusks, one feels the tail, and one feels the legs. They then describe the elephant based on their limited experience and their descriptions of the elephant are different from each other.

We’re all touching different parts of the elephant. We can keep saying, “You’re wrong and I’m right!” Or we can realize we’re touching the same animal.

People who think for themselves know it takes all of us to get a full picture of the elephant. 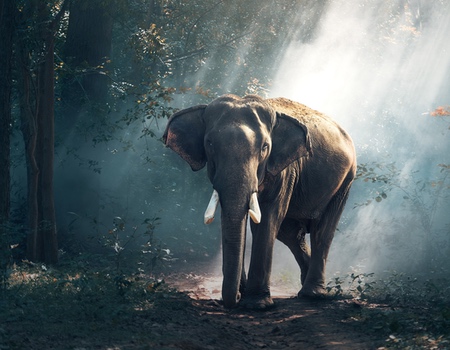 Humanity will thrive when we communicate such a way that brings different perspectives to the table. (This is why I teach Non-Violent Communication.)

The Meyers-Briggs personality research suggests that people are wired to see the world in different ways, and that we seek our opposite in close relationships. In a spouse, we want someone who completes, rather than repeats, how we perceive the world.

This is true on a macro level, not just in partnerships. The earth needs humans to have a more complete and collaborative perspective, an ability to share how we see the world differently.

4. You trust people’s ability to think for themselves, and therefore you feel wary of censorship.

People who aren’t thinking for themselves tend to project this experience on others. They fear other humans are incapable of critical thinking and divinely-guided intuition. As a result, they feel safer in an environment of censorship.

Individuals who are thinking for themselves, however, usually have faith in the intelligence and intuition of other humans. They’ve been through harrowing mental marathons in their own life, and have come out the other side trusting their ability to reason and research for themselves.

Often, these people have had experiences of feeling divinely guided. They know this trustworthy, internal guidance doesn’t discriminate based on political, scientific, or religious affiliation but is available to all humans.

These people (who exist on both sides of the political spectrum) typically value free speech instead of censorship.

5. You analyze the idea instead of shaming the person

Remember that friend I mentioned who left a cult? The people who remained within the group said, “Her faith wasn’t strong enough, and she fell for the Devil’s temptations.” Others claimed, “She’s putting her kids at risk by leaving this religion.”

They shamed her personal character with these statements, instead of exploring the ideas that prompted her to leave. The same phenomenon happens when people slap labels of “conspiracy theorist” or “pseudoscientist” on someone without actually examining this person’s ideas.

People who think for themselves don’t write someone off due to ad hominem attacks. They look past character labels, and dig deep into the ideas.

6. You question the incentives when an authority figure says, “This is for your best interest.”

In religious, academic, scientific, and family settings, authority figures often control the behavior of others with one phrase: “Do this because it’s for your own good. I have your best interest at heart.”

We tend to believe this, for two reasons. First, we’re socially-conditioned to trust those in authority instead of doubt them. The infamous Milgram Shock Experiment gives insight into this. Second, when we empathetic people (i.e., not narcissists or psychopaths) say it to someone else, we typically mean it. It often takes a rude awakening to realize how frequently this phrase is simply a manipulative tool by people who want control.

For three years, I was in an abusive relationship with a suave and practiced psychopath (needless to say, I didn’t know it at the time). I’m grateful for the experience because I gained the ability to see through complex levels of manipulation and coercion.

I came forward with nearly a dozen other women in my nutrition community whom he sexually abused and financially exploited. We soon learned the collusion and cover-up went all the way to the top of the association that accredited us and employed him.

As we compared our experiences, we realized we had been susceptible to our abuse because we believed him when he said, “I have your best interest at heart.”

I find that other people who have left cult-like relationships, religions or groups are more likely to question when someone tries to influence our choices with the statement, “do this because it’s for your own good, I have your best interest at heart.”

We know that the dysfunctional dynamics of control that happen within personal relationships occur on the larger scale of politics, institutions, corporations, and industries. We know this is made possible due to the inheritance of financial power and unquestioned authority in these environments, coupled with monstrous egos that seek to manipulate instead of collaborate with others.

Because we’ve pulled back the Wizard of Oz’s curtain in one area of our life, we recognize there are many more curtains hiding the truth. And we know these control-hungry charlatans masquerade under the message, “It’s for your own good.” 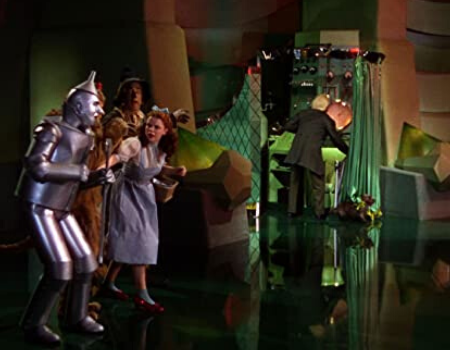 Is your loyalty is to the truth or to dogma?

Gilead, a novel by Marilynne Robinson, is among my top five favorite books. One line changed my life when I read it years ago:

“The Lord absolutely transcends any understanding I have of Him, which makes loyalty to Him a different thing from loyalty to whatever customs and doctrines and memories I happen to associate with Him.”

I read those words at a time when a series of spiritual awakenings had shattered my perception of reality.  I faced a choice: I could trust these spiritual experiences and release certain aspects of my childhood religion. Or, I could reject my soul and adhere to all the beliefs of my present religion.

Robinson’s words helped me understand that I could give up doctrines and gain a closer spiritual connection.

In the same way, the world absolutely transcends any scientific or analytical understanding we have of it. People who think for themselves are willing to give up allegiance to outdated doctrines and concepts in order to broaden our comprehension of the world. 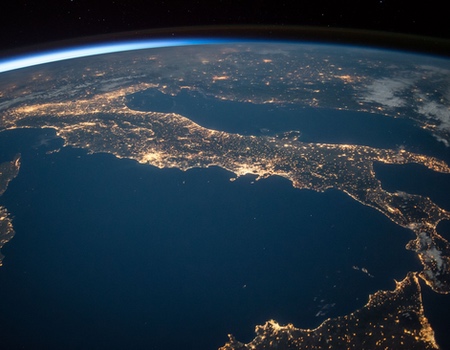 The Copernican Revolution occurred in the mid-1500’s, with the paradigm shift from an earth-centered to a sun-centered solar system. At the time, some people insisted, “The earth must be at the center of the universe because that’s what I’ve always believed!”

But there were others who thought for themselves. They said, “The research showing that the sun is the center of our solar system is very convincing. It turns my concept of the world upside down. But I’d rather turn my perceptions upside down than live with an upside down view of the world for the rest of my life.”