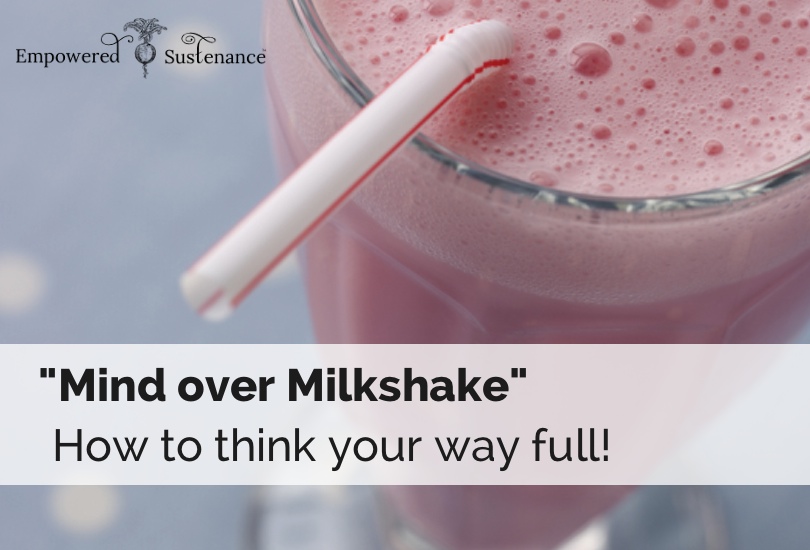 Your mind controls your hunger hormones

When it comes to signaling hunger and fullness, one study shows the mind plays the most important role. Recently, I came across an NPR interview online called “Mind Over Milkshake.” “This makes so much sense!” I said aloud, jumping out of my chair. As someone who passionately studies the mind-body connection of health, this study perfectly illustrates how the mind shapes our physical response to food.

“Labels are not just labels. They evoke a set of beliefs.”

This video from NPR illustrates the experiment: 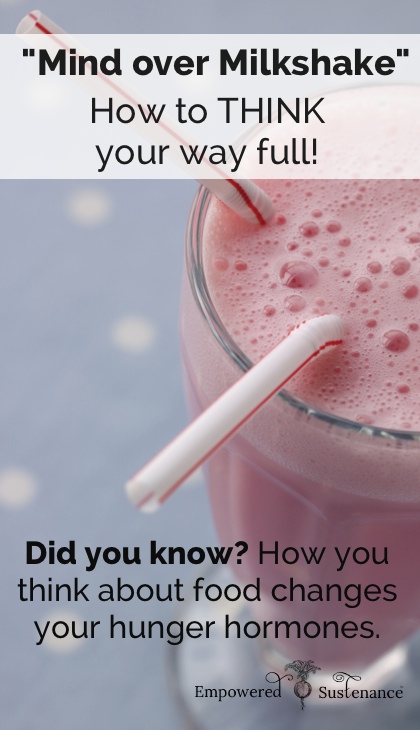 How grehlin controls your metabolism

Ghrelin is a hormone secreted in the gut. People in the medical profession call it the hunger hormone. When ghrelin levels in the stomach rise, that signals the brain that it’s time to seek out food.

“It also slows metabolism,” Crum says, “just in case you might not find that food.”

But after your ghrelin rises, and you have a big meal (say a cheeseburger and a side of fries), then your ghrelin levels drop. That signals the mind, Crum says, that “you’ve had enough here, and I’m going to start revving up the metabolism so we can burn the calories we’ve just ingested.” (Source and read more at NPR.org)

Approach your meals with a fulfilling mindset

Is this one reason why dieting doesn’t work? I say yes! This study gives us a reason to believe that when we deprive ourselves and choose foods with non-satiating connotations (light, fat free, etc.), we make ourselves more hungry than if we were to choose satiating options.

No matter what you are eating,  avoid thinking about your food in these terms:

Instead, try thinking about these benefits of your meal:

Love sharing about the mind-body connection? Spread the word with the sharing buttons below!

The Matrix has convinced women to divorce our bodi

There’s never been a better time to move towards

There's a big push in social media and women's mag

It's not a loss. It's alignment. It's purification