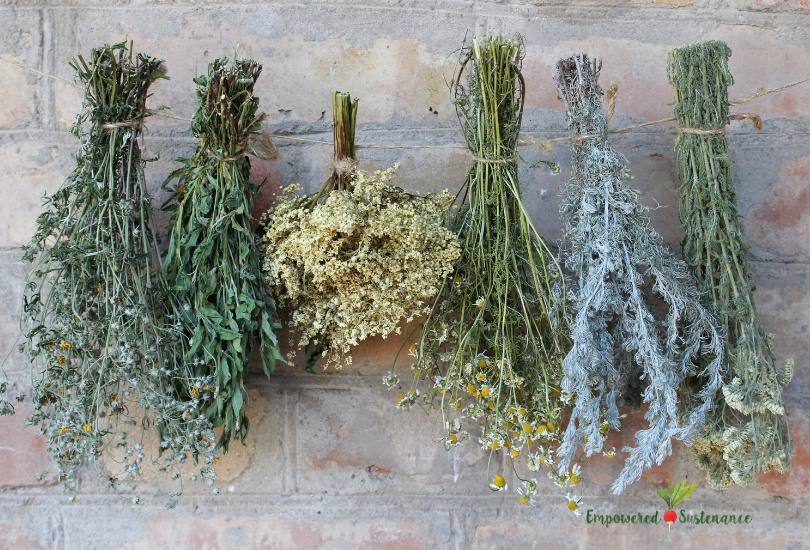 Recently, I shared my experience of being a plant intuitive — someone who senses and hears messages from plants.

This is how I formulate the flower essences at Floral Song. (Flower essences are a form of energy medicine that helps you feel calmer and happier within a week.)

Plant communication isn’t a rare phenomenon. After I wrote about it, readers sent me comments and emails sharing their own experiences talking with plants.

I’ve also discussed how, in ancient cultures across the globe, the healers and shamans created their plant medicines because the plants sang to them the healing they offered.

Modern science now confirms the efficacy of many remedies created this way. This includes aspirin and morphine, medicines made from plants that have been used for thousands of years — well before the development of scientific technologies to determine the uses of plant constituents.

Although some people seem to be more “attuned” and practiced in this area, I believe that humans, plants, and animals ultimately speak the same language. We’re all able to access the ever-present energy-based communication that exists between us.

To some, however, the concept of plants speaking with humans might sound entirely unscientific.

Well, it is… and that’s why it’s so important.

The Problem with Reductionism 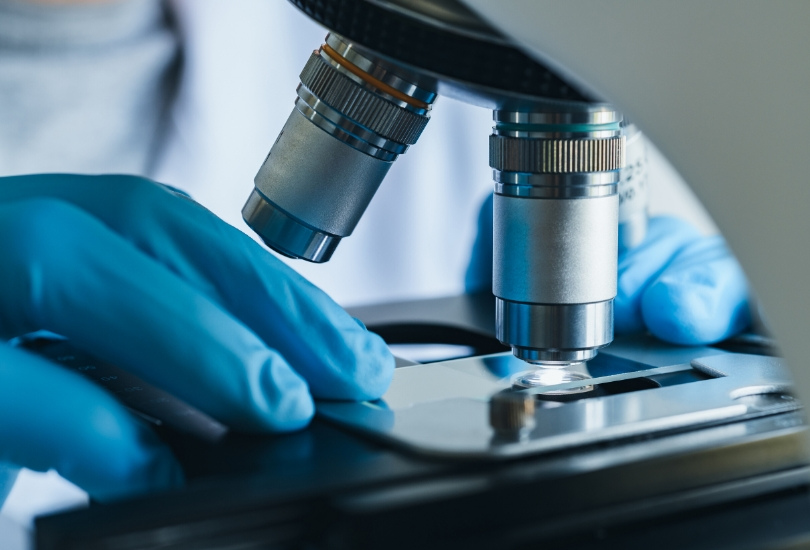 Modern science is governed by reductionism, a belief which attempts to understand a whole by breaking it down and analyzing the smallest particles.

As a result, the “scientific approach” to developing plant medicines involves grinding plants up and examining their chemical constituents. This is helpful to some degree, but it also prevents a communicative relationship with the whole.

Author and biochemist Rupert Sheldrake points out the primary problem with reductionism: it’s like trying to find out how a computer works by grinding it up, and studying the molecules of nickel and copper.

There’s place for reductionism in studying the natural world, but we also need to compliment it with a different perspective.

The medicine people of ancient cultures knew something we’ve forgotten: communication with nature is the key to healing… and communication is only found within a relationship.

Unfortunately, scientific analysis of plants tends to preclude a relationship with them.

To understand this, we need a brief history lesson:

Science was not created independent of religion, but was originally shaped by the dominant Western religion at the time.

From its beginnings, science aimed to fulfill the religious prerogative to have power over Nature, instead of a relationship with Nature.

In the words of René Descartes’, called one of the Fathers of Science:

“I perceived it to be possible to arrive at knowledge highly useful in life […] and thus render ourselves the lords and possessors of nature.”

Science inherited the religious belief in hierarchy. At the time, Christianity presumed a divinely-ordained hierarchy, where man was superior to woman, and humans were superior to nature.

This hierarchy served to justify exploitation of the ecosystem (as well as the exploitation of women). After all, if humans are more important than nature, that gives us permission to use nature for our short-term desires without considering the broader implications.

Contrast this with the worldview of indigenous cultures across the globe, where Nature is often perceived not as a hierarchy with humans at the top, but as a circle of life. All beings play different but equally important roles, as if we are various organs in the Body of Earth.

Chief Seattle summed this up when he said:

“The earth does not belong to man, man belongs to the earth […] Man did not weave the web of life, he is merely a strand in it.” 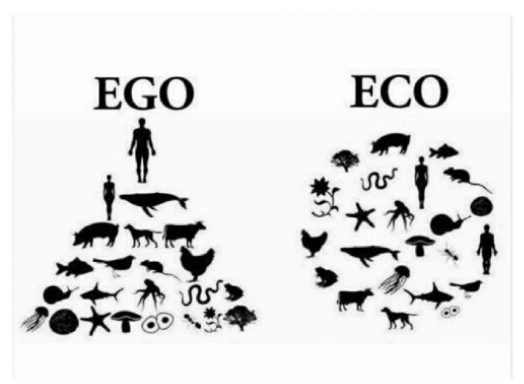 This sense of relationship with nature, rather than an ownership of the environment, created moralistic constraints on human behavior. Ultimately, these constraints served the indigenous people by creating a sustainable lifestyle.

In a relationship, you each take care of each other. In an ownership, you benefit at the other’s expense.

Humans are now, primarily, in an ownership with nature. But we’ve got to ask ourselves, “Am I really benefitting?”

After all, an ownership prevents what we ultimately need for healing: connection, communication, meaning, and love.

These qualities exist only within relationships.

The Elephant In The Room 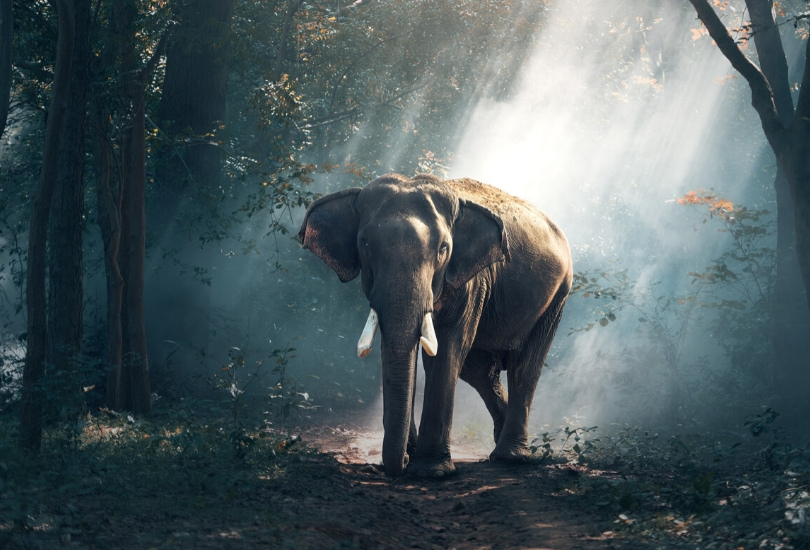 There’s a parable about three blind men finding an elephant in their path. One feels only the tusks, one feels the tail, and one feels the legs. They then describe the elephant based on their limited experience and their descriptions of the elephant differ from each other.

Those indigenous people would say it’s simply an objective, observable fact — just like we in the west say it’s an objective, scientific fact that the sky is blue.

This brings up another point: some indigenous cultures don’t see the color blue. They don’t even have a word for it, and a lack of language for something blinds us to that thing.

In fact, some scholars hypothesize that many ancient cultures didn’t see the color blue because they didn’t have a word for it. Ancient Icelandic, Hindu, Chinese, Arabic and Hebrew texts have no mention of the color blue. 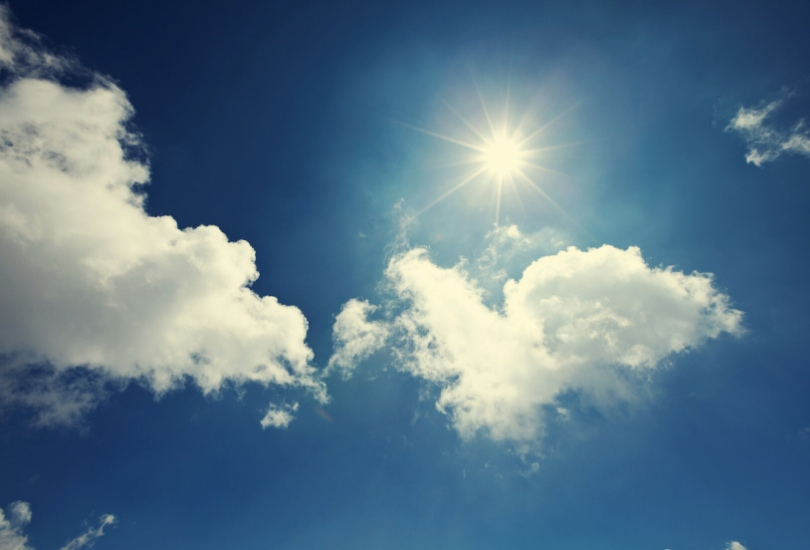 English has a poverty of language when it comes to perceiving the life and communication of the natural world. The extinction of thousands of indigenous languages is leaving humanity more disconnected from nature.

What if unscientific plant communication is necessary to comprehend the elephant in the room?

And what if unscientific relationships with nature will help us heal?

Once, I had an ownership with my body. I turned her into a machine and a math equation. I forced her to look, behave, and produce as much as I wanted. But that never made me happy or relaxed.

It was only when I learned how to listen to her that I started to heal. She wanted me to eat whole foods, to rest more, and to worry less about my appearance. This meant that I had to set aside some of my culturally-indoctrinated values, including my old definitions of beauty and success.

But it was worth it, because I developed a supportive relationship with my body. I discovered the love and guidance that was always within me.

What if the same thing can happen when we develop a relationship with nature?

In an Instagram post, bestselling author Elizabeth Gilbert shared a snapshot of a journal entry where she scribbled, “CITY OF GIRLS [her latest book] is to be your medicine—frothy, easy, frivolous + a gift. We will make this one as easy as possible, but only if you agree to do the same.”

Along the inside margin of the same page, she wrote “I AGREE.”

In the caption, she explained that she didn’t know who gave her this message, who the “we” was, and why she agreed.

I scrolled down through the comments, where one woman had posted, “This is all very unscientific.”

To which Elizabeth replied, “Thank you, sweetheart! You’re right!” 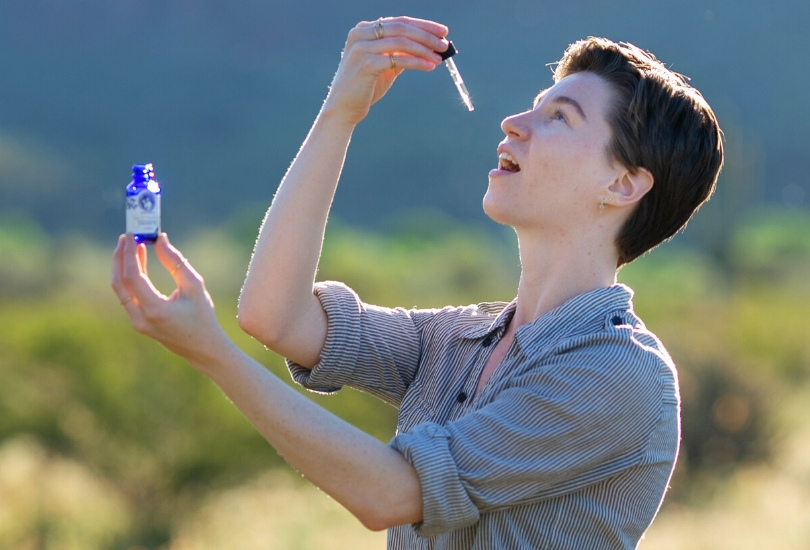 Plants sing to me and tell me the healing they want to offer. I listen to them and create flower essences that help people feel calmer, happier, and more intuitive.

I do this through relationship and communication with nature, rather than ownership and dissection of her.

Some people tell me, “That’s all very unscientific.” I tell each of them, “Thank you, sweetheart! You’re right!”