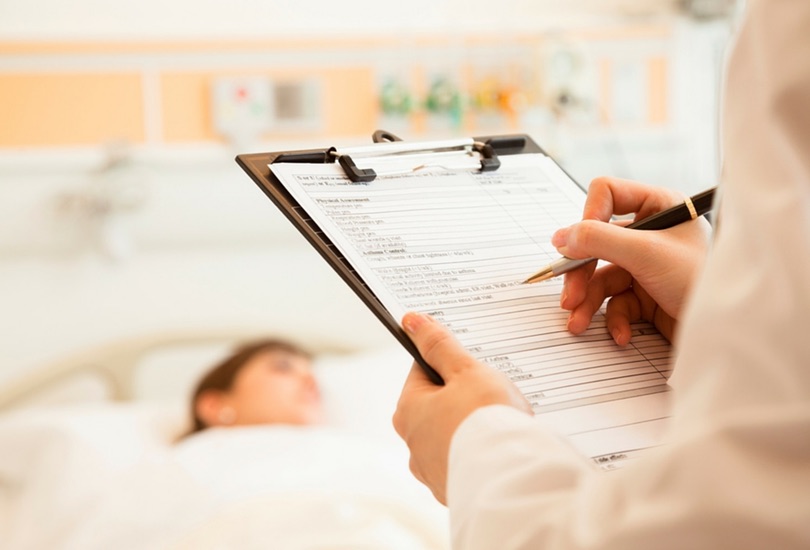 I was driving to dance class yesterday when I stopped behind a bus at a red light. The advertisement on the back of the bus had an image with two hands making the shape of a heart, with the words “your badonkadonk” inside. Underneath, it read “No matter what you call it… have it checked.” You can see a picture of a similar advertisement on this NPR.org article regarding the campaigns. The campaign, funded by the Chris4Life Colon Cancer Foundation, aims to encourage people to get a colonoscopy to check for colon cancer.

Well, that’s really ironic. Because getting a colonoscopy isn’t a way to “love your butt” as the foundation would have you believe. While the procedure is sometimes necessary, I believe it is very important to be informed of the colonoscopy risks before getting a routine one done.

Love your butt? Think twice before the colonoscopy.

The Chris4Life Foundation explains their mission on their website:

The Chris4Life Colon Cancer Foundation is a national Colon Cancer non profit dedicated to permanently eliminating the threat of the disease through the discovery of a cure. As long as people are dying from this disease, we will be at the front lines of the fight.

After reading about the Chris4Life campaign, I immediately drew a parallel between it and the Susan G. Komen Foundation. This iconic breast cancer foundation once marketed a perfume to fund their cause… a perfume that contained potent carcinogens banned by the International Fragrance Association!

So how is Chris4Life similar to the Komen foundation? It claims to be an advocate of colon health, but colonoscopies aren’t always in our best interest.

I really encourage you to think twice before having a routine colonoscopy. I am not a doctor and I am not giving medical advice, however. I am presenting you with information that you will most likely not learn from your medical practitioner. It’s up to you to weight the pros and cons. Here are some of the cons:

We have 4-6 pounds of bacteria in our gut. These 500 species of bacteria, often referred to as gut flora, play specific roles in homeostasis and growth, including nutrient absorption, mucosal barrier function, support of gut lymphoid tissue, and immune function (read more here.)

The “bowel preparation” procedure before a colonoscopy entails consuming substances that completely flush out the colon, leaving it squeaky clean for camera access. This “cleaning” process strips the protective bacteria and leaves the colon wide open for infection from yeasts, pathogenic bacteria, and even an infection from the scope itself. Which leads us to the next point…

The Mayo Clinic once sent out letters to patients of colonoscopies warning them that they could have been exposed to Hepatitis and Aids due to the procedure! Shockingly, it is extremely difficult (and some say impossible) to clean the endoscopes thoroughly enough to prevent infection and transmission of disease.

One 2003 article in the Los Angeles Times reported on the dangers of unsatisfactorily cleaned endoscopes:

“The nation’s leading manufacturer of endoscopes has known for a decade that some scopes contain cavities inaccessible to cleaning by hand but has failed to fix the oversight, said David Lewis, a University of Georgia research microbiologist who has conducted research for the federal Environmental Protection Agency on the issue of dirty endoscopes.”

The article originally contained the following statements, which have been removed from the online archived version! I leave it to you to draw your own conclusion about why these statements were withdrawn… but I’ll give you a hint: follow the money and the power. These original statements are recorded in the 2003 book, The IBD Remission Diet by Jini Patel Thompson.

There is wide consensus that it is difficult to sterilize the devices… without using temperatures so high that the scopes themselves become damaged. The scopes have numerous cavities that are difficult to clean, even by hand, critics say.

The most condemning statement removed from the online article said:

Lewis says Olympus, which provides 70% of the endoscopes on the U.S. market, has long been aware of cleaning problems associated with its product. In a patent filed in 1993, he says, the company wrote that at times “satisfactory cleaning cannot be achieved.”

Want to see some of the studies that reveal the contamination of endoscopes? This report (pages 11-15) lists numerous the studies.

3. Colonoscopies may cause colitis and Crohn’s

Gluteraldehyde, a common sterilant for endoscopes, has been proven to cause colitis! Residual amounts of this toxic substance on the endoscope may irritate the colon and lead to colitis.

Independent health researcher Konstantin Monastyrsky dug through the facts and medical journals. This is what he found:

I encourage you to watch Konstantin’s report on colonoscopies. You can also read the transcript of his video here. I am also a fan of his book The Fiber Menace.

Perhaps you are in the rare situation when you need a colonoscopy to diagnose a serious health issue. I wish I had know these important steps for reducing the dangers of a colonoscopies when I had mine.

1. Try to find a doctor who uses removable sheaths on the endoscope

There are a few clinics that use a disposable sheath on the endoscope. Since a new sheath is used for each patient, it won’t spread infectious diseases from person to person. But it may be difficult to locate a clinic that uses these sheathes, so it requires lots of phone calls and research to find one.

For at least two weeks preceding the colonoscopy, eliminate inflammatory foods such as grains and vegetable oils. Focus on homemade, fermented foods such as homemade raw yogurt and fermented vegetables to bolster gut flora. It is also advisable to supplement with a high quality probiotic.

In her book, Jini explains how to prepare the colon for the invasive procedure:

It is also beneficial to drink a small amount of the aloe juice daily, on an empty stomach, for the week following the procedure.

4. Do the procedure without anesthesia

Konstantin recommends skipping the anesthesia for the colonoscopy:

“Those with a family history of colon cancer or otherwise at high risk probably should do a colonoscopy. But I suggest they request to have it done without general anesthesia. That’s where the majority of the risks are. The doctors do it that way not because the procedure is painful, but because they can ‘jam’ faster, and bill for anesthesiology.”

5. Administer a probiotic retention enema immediately after the procedure

The IBD Remission Diet book explains how to make and use a probiotic enema after the colonoscopy. This immediately repopulates the gut with high-dose probiotics to help prevent infection and lowered immunity. The enema should be additionally administered once a week for at least four weeks after the colonoscopy.

“Well, those things sound like a headache… is it really necessary?” Yes! Stripping your colon of it’s immunity and protective barrier is a HUGE deal, so it does call for some drastic protective measures.