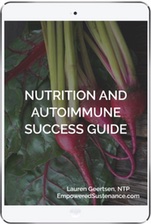 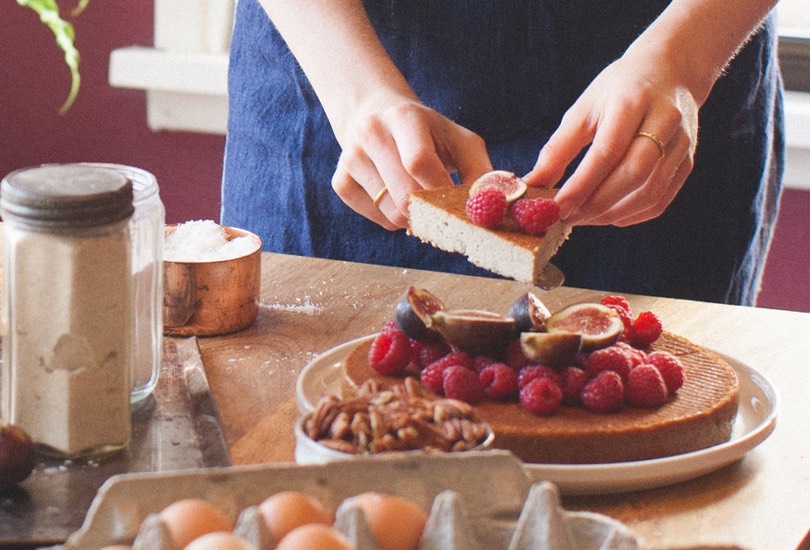 What do you get when you combine a “Recovering Perfectionist” with the GAPS Diet or Autoimmune Paleo Protocol or other form of elimination diet?

You get someone who is great at removing foods from her diet, and following the food rules, but who is hesitant to add foods back into her diet.

I began a highly-restricted dietary protocol called the GAPS Diet in March of 2012, as a last-resort attempt to treat my ulcerative colitis. Due to this nutrition approach, my acute symptoms (primarily internal bleeding) disappeared within three days. This immediate transformation in my health allowed me to avoid invasive surgery for my condition, and within few months I tapered off all my prescription drugs.

I followed this dietary protocol for three years with additional limitations, such as avoiding specific nuts and nightshades due to results from kinisiology and this at-home form of food sensitivity testing.

Now, I’ve successfully re-introduced foods such as rice, non-fermented dairy, all nuts and seeds, nightshades, and starches (sweet potatoes, potatoes, and arrowroot flour). I enjoy the expansion of my diet primarily at restaurants, where I can now eat with only one limiting request:  “I’m gluten free, thank you for accommodating that food restriction.”

I don’t have a math equation for successful, symptom-free food re-introductions. What I can offer you are three things that supported my re-introduction journey.

I can give you these guidelines:

Re-introduce foods when you are in a place of relative life routine. Emotional, tumultuous periods lead to reduced sleep and increased stress hormones, so it’s not the time to get a clear reading on how a food affects your body. For example, I didn’t try re-introducing foods the week I moved across the country.

Re-introduce foods when you’ve incorporated some other healing modalities and approaches. Nutrition provided a foundation for my wellness, but the most soul-penetrating healing came from my energetic, emotional, and spiritual work. If one’s healing experience is limited only to food, it may lead to a sense of “health failure” if a food is not successfully re-introduced. Expand your healing outside of food: other avenues offer you crucial nourishment.

Re-introduce foods when you’ve followed a gut-healing protocol for at least 6 weeks, and have significant improvement in your symptoms. It requires 6-8 weeks for the epithelial tissue (the lining of the small intestine) to regenerate. The health of this tissue is critical for successful food re-introductions, because this is where leaky gut can occur.

Re-introduce foods when you recognize patterns of a past eating disorder. I believe that individuals who have a history with eating disorders (like me) wait longer than necessary to re-introduce foods. We’ve wired our brain to connect eating, perfectionism, self-criticism, and fear. I did a lot to override that brain pathway with healthier patterns. But, when I found myself oddly comfortable in my highly-restricted diet, I knew I was re-engaging brain pathways around food that I didn’t want re-engaged. 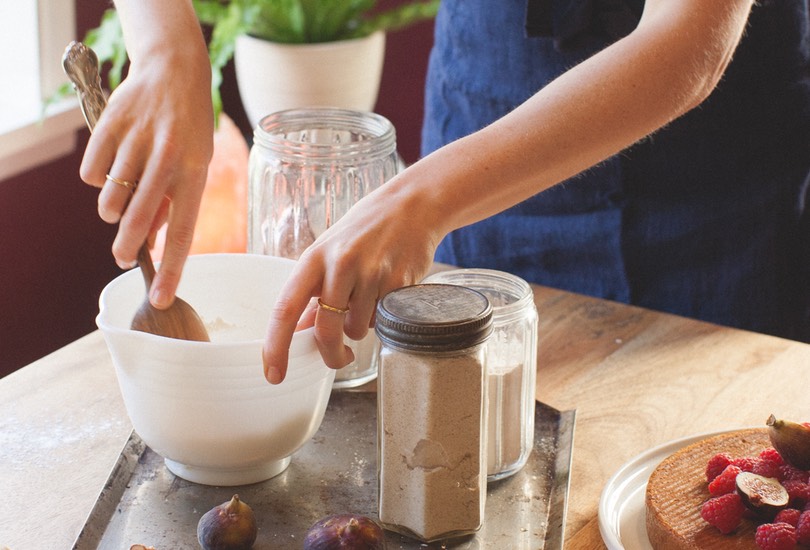 2. I Used My Mindset In My Favor

The placebo effect means that if you ingest a neutral substance, believing it is good for you, and your body responds with positive health changes.  Over and over, patients who believe they are receiving treatment will experience measurable, physiological changes in response to their belief.

What does placebo have to do with successful food re-introductions? The placebo effect can work in reverse when you are fearful about a food. This phenomena is called “nocebo” effect in scientific literature.

In Mind Over Medicine, a must-read synthesis of scientific rigor and intuitive wisdom, Lissa Rankin M.D. gives a couple examples of nocebo:

One study showing that patients in a control group for a new chemo drug were given nothing but saline, yet they were warned it could be chemotherapy, and 30 percent of them lost their hair. In another study, hospitalized patients were given sugar water and told it would make them throw up. Eighty percent of them vomited.

When re-introducing foods, the nocebo effect may feel out of your control. Many of us, who experienced healing after a nutrition protocol, correlate the foods of our past with our past symptoms.

Most importantly, know that the fear is not logical.  Your body is different now, cell-by-cell. Your tissues have regenerated, and your body has significantly healed. Your past food reactions do not dictate your future food reactions, unless you are letting your mind run on its fear-based autopilot.

Second, I worked on this fear at a deeper and unconscious level using a healing technique called EFT (also called tapping). This modality, which has been transformative in my wellbeing, activates specific acupressure points to help release beliefs held at the unconscious level.

I recommend this EFT sequence

3. I Eat In A Parasympathetic State

To successfully re-introduce a food, your body must perceive it as nourishment, not a source of stress. In order for that to happen, your body needs to fully digest the food.  And digestion only happens in the parasympathetic state.

Your autonomic nervous system has two settings: parasympathetic and sympathetic. Sympathetic mode is when your body turns off digestive processes and directs all energy toward the muscles.

Parasympathetic mode, however, allows the body to turn on the many processes of digestion:

One of the most wide-reaching pieces in my healing journey was learning how to activate the parasympathetic state before eating, so I could fully digest my food.

Are you currently re-introducing foods on your healing journey? What has been your experience?