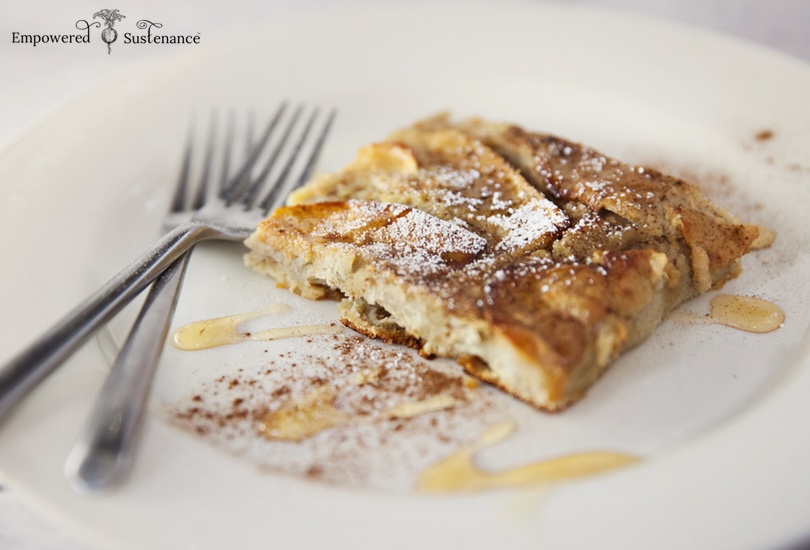 From Lauren: I’m excited to share this recipe for Apple Paleo Oven Pancake from the all-star George Bryant, also known as The Civilized Caveman. George is a #1 New York Times bestselling author of The Paleo Kitchen and a wonderful human being.His recent post 26 Things You Probably Don’t Know About Me is a testimony to his strong soul.

I was so excited when Lauren asked me to share a recipe. She stopped by Civilized Caveman Cooking to share a delicious recipe for Fruit Juice Caramel Sauce last year and my readers loved it and so did I. Now I want to return the favor. One of the things I focus on creating is tips, tricks, recipes, and meal plans to help everyone save time in the kitchen.

These delicious apple cinnamon oven pancakes were created to have another simple breakfast option on hand to grab and go for those busy days. They can even be a delicious dessert. As much as being a blogger seems glamorous, we struggle to get delicious food in most of the time and I live off leftovers. That is why I make sure my leftovers are always delicious.

Another tool that I use weekly is our free meal plans and shopping lists. We created these to take the guesswork and stress out of having food for the week. We handle all the research, recipes and shopping lists and then send them out to you every Friday. These apple cinnamon oven pancakes will be included soon. 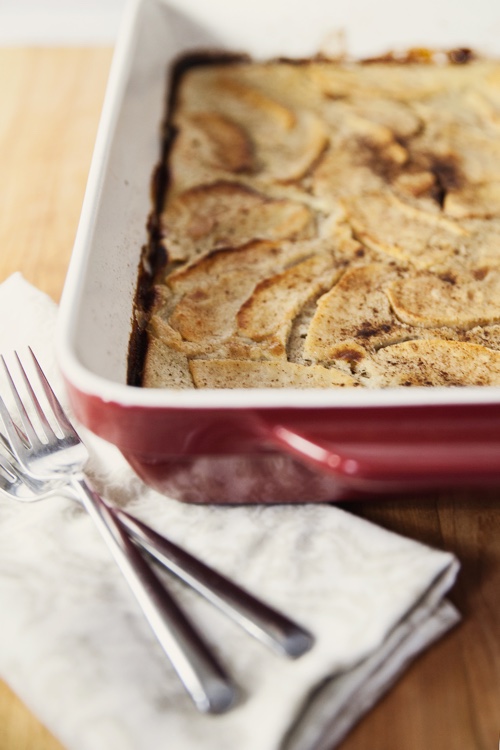 I love breakfast foods, which is where this recipe came from. If you are like me, you probably miss and love cinnamon rolls, chocolate chip pancakes, biscuits and gravy, etc. Great news is that I missed them so much, I made them and put them in my book The Paleo Kitchen so we can eat healthy and have fun doing it. You can pick it up in your Barnes & Noble, Costco or Amazon. 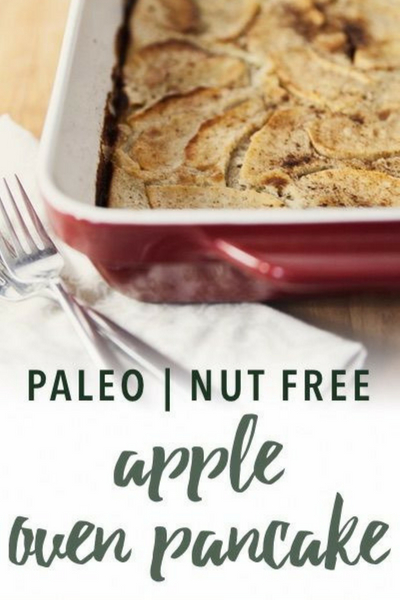 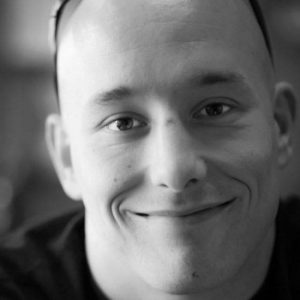 George Bryant is a professional Husband, Bonus Dad and family man. He is also the New York Times Best-Selling author of The Paleo Kitchen and creator of the wildly popular Paleo food blog “Civilized Caveman Cooking Creations.” After spending the first 20-something years of his life in a constant battle with his weight, and then nearly losing both his legs while on deployment as a US Marine, George took matters into his own hands and began his own Paleo-journey. What started as a simple place to post recipes for friends has since turned into an award-winning food blog. After being in the Marines for 12 years, George has since been medically separated and is enjoying working full-time creating delicious Paleo recipes, while hoping to change as many lives for the better by making REAL food recipes simple and tasty. Follow George at Civilized Caveman Cooking, Instagram, Facebook, Pinterest and Twitter.