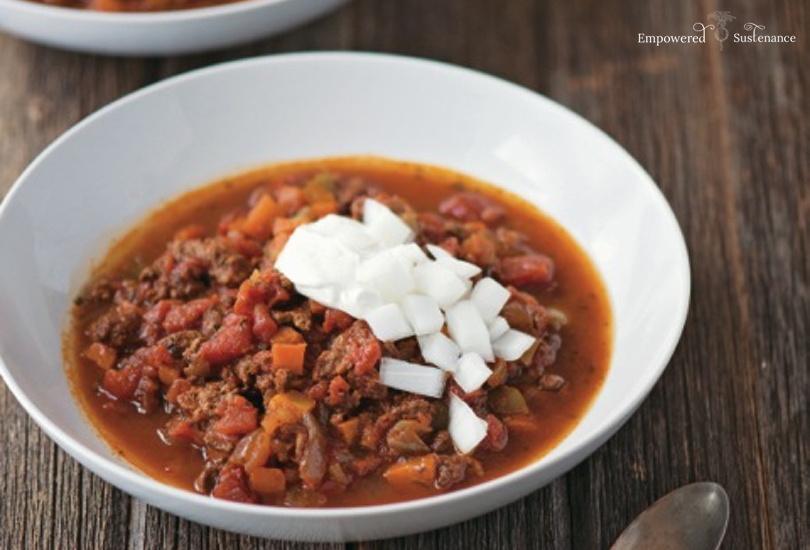 Being raised in the Pacific Northwest, I’m no Southern gal. Call it a crime, but I don’t remember southern classics like huevos rancheros, chicken and dumplings, jalepeño poppers or homemade bread pudding ever gracing our kitchen table. So I have to make up for the 22 years of my life without Southern favorites. Enter… the Down South Paleo cookbook, by my friend Jennifer Robins at Predominantly Paleo. 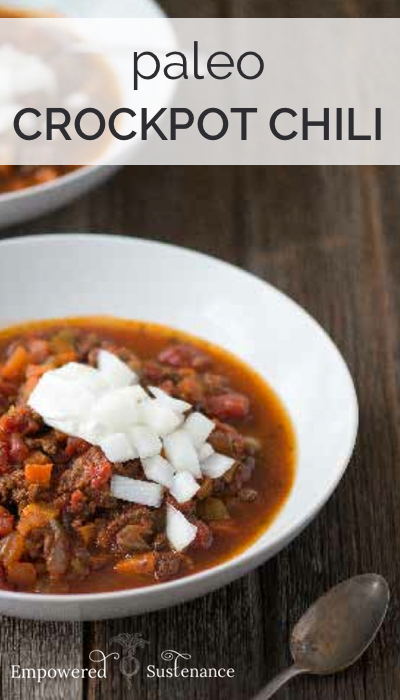 Highlights of this cookbook for me include:

What happens when you take the beans out of chili? With a few tweaks, you get awesome paleo-friendly chili. Jennifer created this fabulously easy dinner staple with a generous helping of vegetables and plenty of traditional spices for flavor.

Down South Paleo is on pre-order here from Amazon until August 11th. It’s 50% off while on pre-order, so grab it now if you want to paleo-ify your favorite Southern dishes.