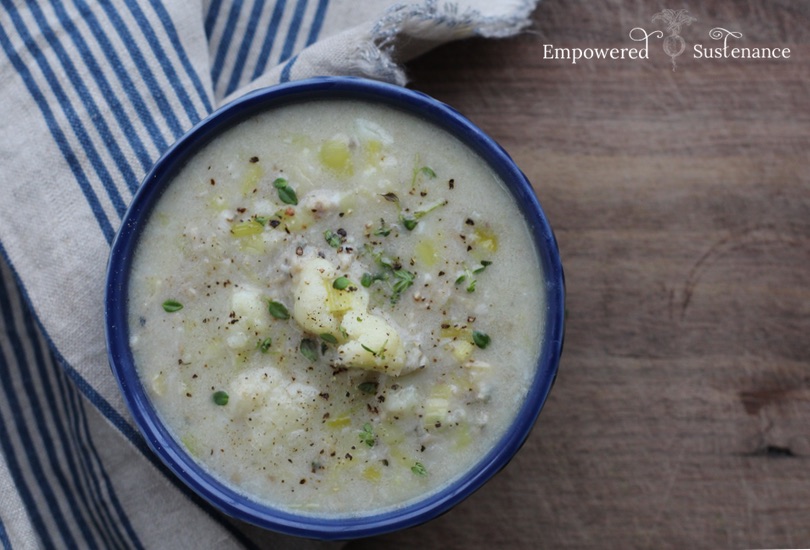 My sister, seeking to improve her energy levels and sugar cravings, recently adopted a grain free, dairy free diet. Way to go, sister! We’ve discussed easy, low-prep meal ideas to fit her lifestyle at school. One of these meals is paleo clam chowder, which she makes at least twice a month. She adds a punch of flavor with cumin and hot pepper, which you can certainly add if you desire.

Leeks – The mild sweetness of leeks pairs beautifully with the briny clam flavor. Feel free to substitute a chopped onion or chopped shallots. You can also add chopped carrot and celery (my sister’s recipe includes those) but I didn’t have them on hand when I photographed this recipe. 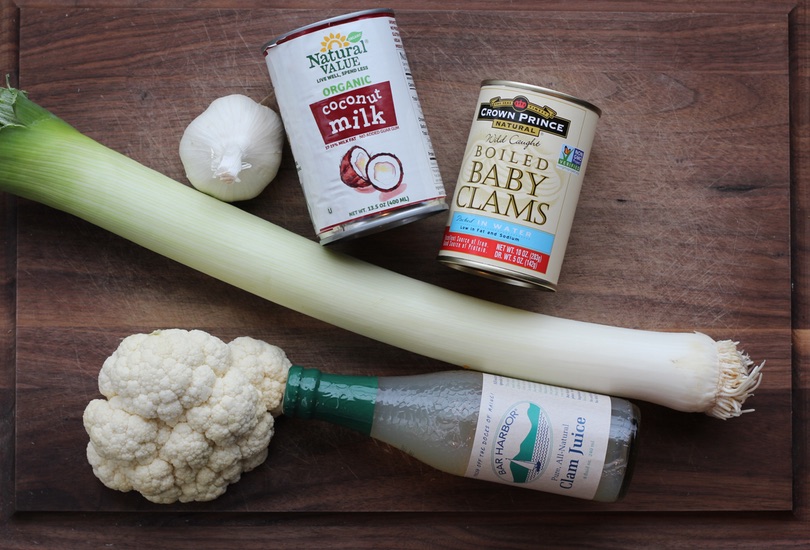 Cauliflower – I use cauliflower instead of the traditional potatoes in this recipe. It is an uncanny resemblance in flavor and texture, once the soup is cooked.

Arrowroot flour – Arrowroot starch and arrowroot flour are the same thing. Whereas traditional clam chowder uses a flour-thickened roux, this recipe is thickened with gluten-free arrowroot.

If you cannot have starch, an alternative would be to make the recipe as instructed, but don’t add the clams when you add the cauliflower. Cover and cook until the cauliflower is tender, then use an immersion blender or standing blender to pulse the soup. This will make it thicker but also smoother, unlike the texture of traditional clam chowder. Once blended, add the canned clams with their juice and heat until warmed. 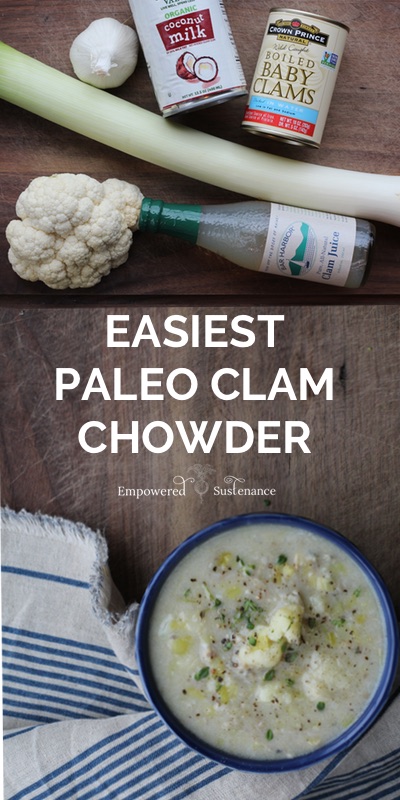