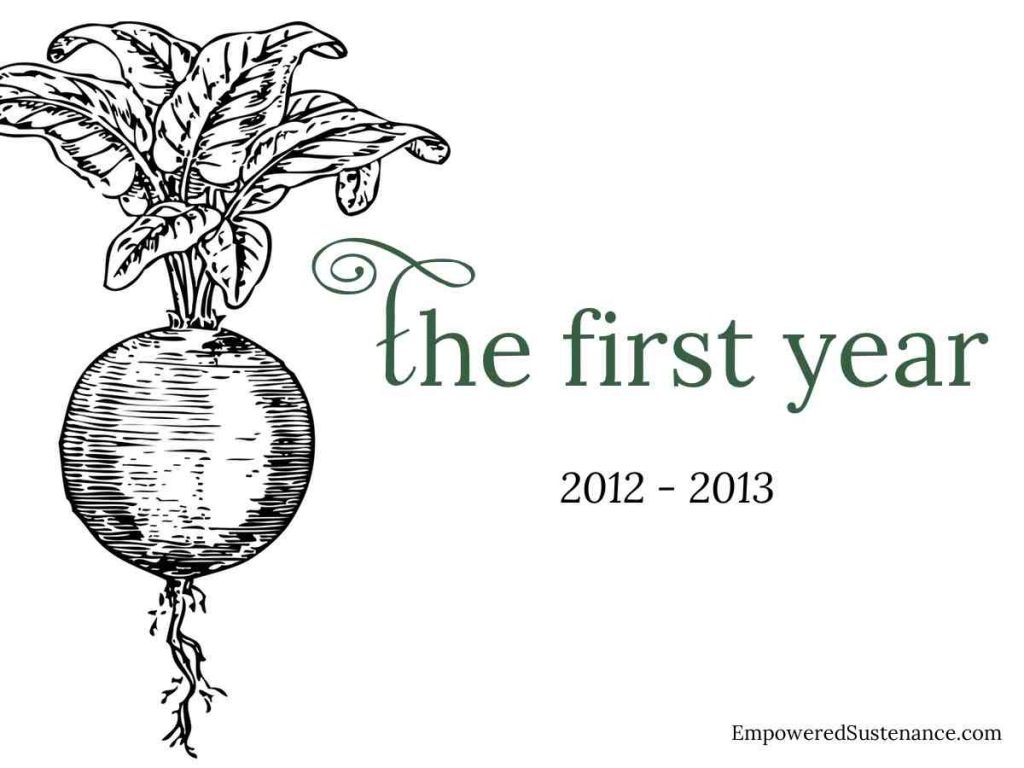 One year ago, I decided to start a blog. I came to this decision for a few reasons. First, I was enthusiastic about my new grain-free lifestyle and wanted other people to know the power of a healing diet.  Starting the GAPS Diet had quieted my colitis symptoms and freed me from a lifetime of medications. Second, I needed something constructive to do. Although my health was improving, I was still very physically weakened from my years of severe colitis. I decided that a blog would take very little physical exertion while allowing me to feel productive.

So 365 days ago, I posted the first recipe on Empowered Sustenance: Creamy Zucchini Leek Soup.

What has happened in the year since that first post?

What is on the horizon?

Thank you for joining me on the journey so far! When did you start following Empowered Sustenance? Where you around to see the earlier version of the blog or did you join in recently?