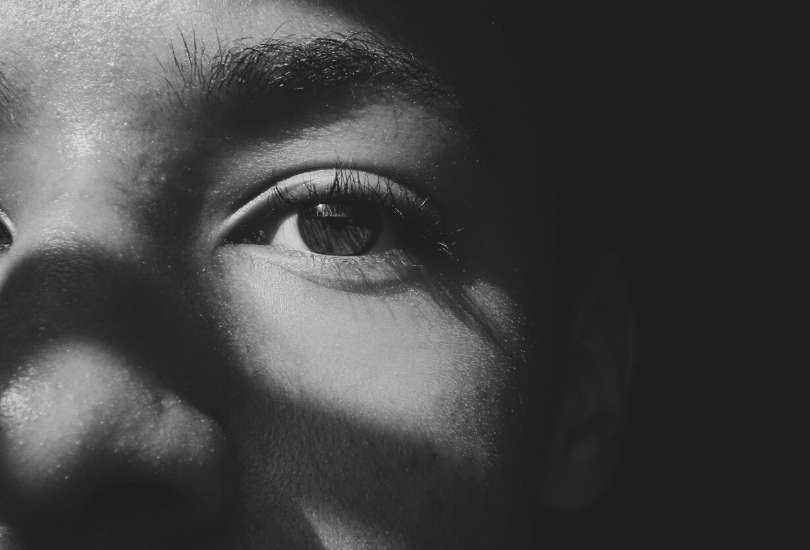 When I first heard the term energy vampire, I thought it sounded dramatic and unrelatable. Then, I realized it aptly described certain people who seemingly drained me of my life force. I noticed this dynamic in other relationships around me.

In order to heal, we must recognize how other people are manipulating us and depleting our resources (both physical and non-physical resources).

I see this frequently with my clients: they’re trying to grow and flourish, but they can’t reach the next stage in their healing journey when a manipulative person is bleeding them dry.

I’ve shared the following information in my in-person and online classes, and it’s helped people identify energy vampires in their lives. As a result, they develop deeper self-trust and start implementing boundaries.

What is an energy vampire?

Other times, they are individuals who are capable of compassion, but they’re stuck in victim mode and look at their lives though a perpetually disempowered lens. They see it as other people’s responsibility to change and make their lives easier — not their own responsibility.

Here are signs to 7 signs that can identify an energy vampire in your life:

Often, energy vampires are the person you’d least expect based on their title or position. I’ve interacted with energy vampires who are religious leaders, healthcare practitioners, and wellness entrepreneurs.

If I looked at their resume, I would have thought, “What a kind and caring person!” When I experienced their behavior, however, their actions didn’t match their reputation.

They gravitated towards these positions because it increases their manipulative power. They have protection because people default to believing them, rather than those they victimize.

2. They stroke your ego to make you carry a heavier load

Energy vampires masterfully butter you up to do their grunt work. If the vampire is a roommate or partner, they might say, “You’re so good at cooking/cleaning/shopping, you’ve got such a gift,” to wheedle out of household duties. Of course, all those tasks are not innate gifts but learnable skills, but they don’t want to learn… they want to keep their excuse of ineptitude.

In workplace situations, the energy vampire might pass off their responsibility, “You’re just so good with calculations, can you just do the spreadsheet for me? It takes me ages, but you’re such a natural, you’ll be able to do it in an hour.” As empaths, we might fall for this guilt trip and think, “They’re right… I mean, I don’t want to do this task and it’s not my responsibility, but they would struggle so much to do this.” We tend to take the responsibility of saving energy vampires from normal household or workplace contributions.

3. You excuse their harmful actions with childhood trauma

If you’re in a relationship with an energy vampire, there’s a good chance you’ve excused their behavior with, “It’s their childhood trauma,” or “They’re a good person deep down, they’re just wounded.”

Energy vampires know how to play this card, stirring our sympathy for the psychological pain they endured. As a result, instead of expecting them to act like grown-ass adults, we let them off the hook because they are so “deeply wounded.”

4. You excuse small “transgressions” instead of seeing them as deal breakers

Maybe they’re rude to the waitstaff or routinely show up late. Maybe they flake on your family gatherings or disrespect your friends. If you saw this behavior from someone else on a first date, or in a workplace, you’d have a low opinion of them.

Yet when it comes to energy vampires, we are often so blinded that we excuse these red flags instead of seeing them as dealbreakers. 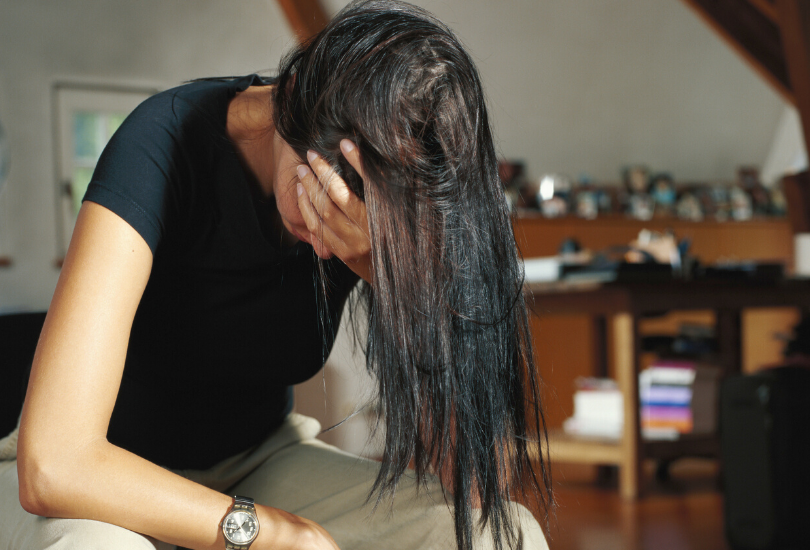 Energy vampires are repeat offenders. Whether it’s infidelity, neglecting responsibility, or staying rooted in addictions, they’ll continue the same behavior even after being caught or confronted. They’ll apologize, often dramatically — you may witness tears and profuse repentance.

But apology without change is manipulation. They don’t intend to change their behavior, they just want to manipulate you.

Of course, we allow them this opportunity to continue their harmful actions, because we’re not changing our behavior either. We’re not establishing boundaries or severing the relationship… we’re allowing it to continue.

6. They bring drama into your life.

The stress hormones adrenaline and cortisol act like natural caffeine and anesthesia. Many energy vampires are addicted to these stress hormones, and they’ll unconsciously or consciously create stressful situations to get a hit of these hormones.

If you’re caught up with an energy vampire, you’ll notice more fights, drama, and mini-emergencies than you’ve experienced before.

Further, energy vampires want to stress you out, because they know that it’s easier to manipulate someone who is stressed. When we’re in fight-or-flight mode,the intuitive communication between our gut and brain shuts down, and we’re out of touch with our gut feelings. Energy vampires know that if you’re chronically busy and stressed, you won’t be able to see your situation clearly and make self-protective choices.

I wish someone had told me that financial abuse takes many forms, so I could have recognized it when it happened to me. 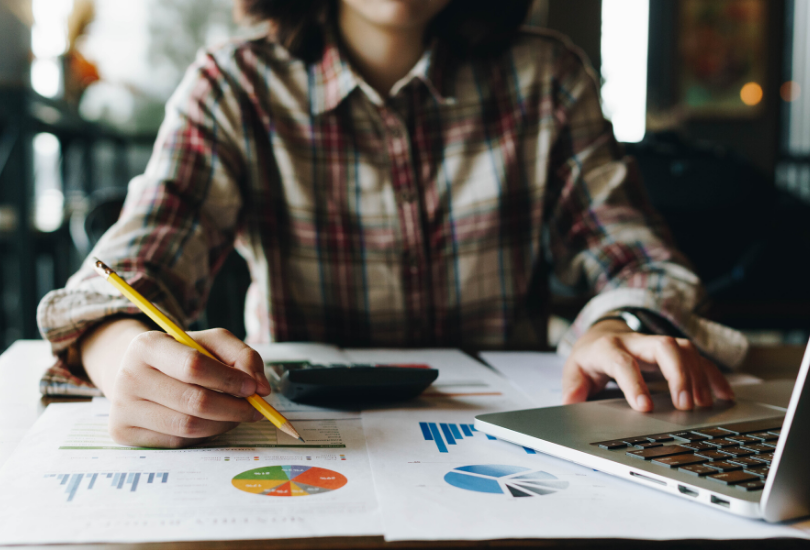 Energy vampires often get away with financial abuse because it goes unrecognized. They may pull on your heartstrings to get money, credit or free labor from you. It could be the boss who wheedles you into working extra hours, or the colleague who expects you to pick up his slack. It could also be the spouse who offers a myriad of “I can’t” excuses while the other partner handles the brunt of breadwinning and household tasks.

In my case, it was a business partner who did about 10% of the work in our shared company, but took 50% of the profits. I had no idea, at the time, that my business partner was purposely exploiting my labor. I cringe when I look back and realize that I allowed it, because I didn’t recognize as financial abuse.

Change is hard and uncomfortable and it takes work.

The energy vampire doesn’t want to change. Their patterns, games, and ploys are working for them, and they see this mode of living as efficient and effective enough to continue.

The truth is they don’t really care about inconveniencing or overburdening you. They may say they care, but if they truly cared, they would change.

So what’s the solution? Since the energy vampire is unlikely to change (and certainly won’t change if the situation remains the same), we’ve got to change. We’ve got to overcome ingrained patterns to accommodate other people and start prioritizing ourselves.

After all, if we don’t, no one else will.

It’s a beautiful thing to have your actions motivated by love. But love is often different than what been conditioned to think it is. I used to think love is self-sacrifice, self-repression, and enabling someone’s toxic behavior.

We can love an energy vampire and want to help them, but we neither love nor help them when we enable their harmful behavior. 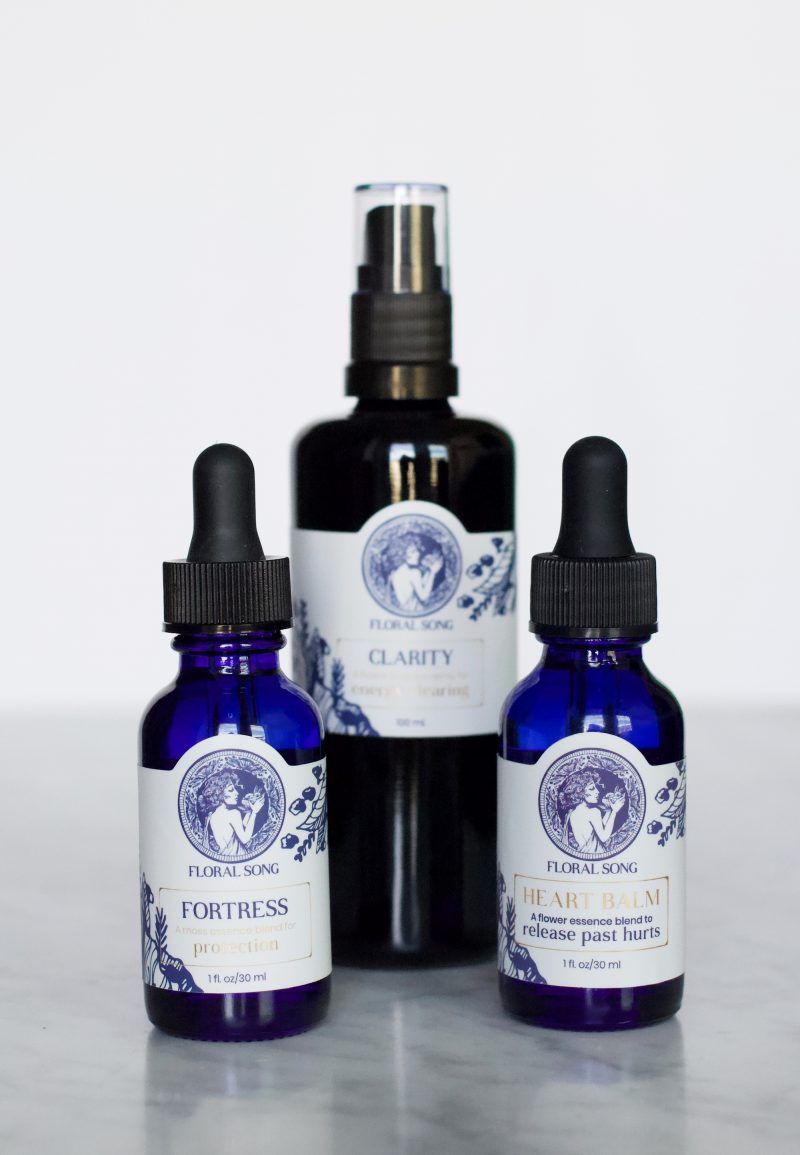 An empath is someone who feels or “takes on” other people’s energies. Due to our caring, compassionate nature, we’re particularly vulnerable to the manipulative tactics of energy vampires, as well as depletion on an energetic level.

I put together the Empath Toolkit at my company Floral Song. It’s a trio of flower essence formulas that will help you do both those things. You’ll feel calmer, happier, and less overwhelmed in the first week of use.

This kit helps empaths sustain their health, emotional receptivity, and financial wellbeing. These powerful energy medicine remedies will help you:

Get the Empath Toolkit here, at 15% off.

Have you recognized an energy vampire in your life? How are you handling it?