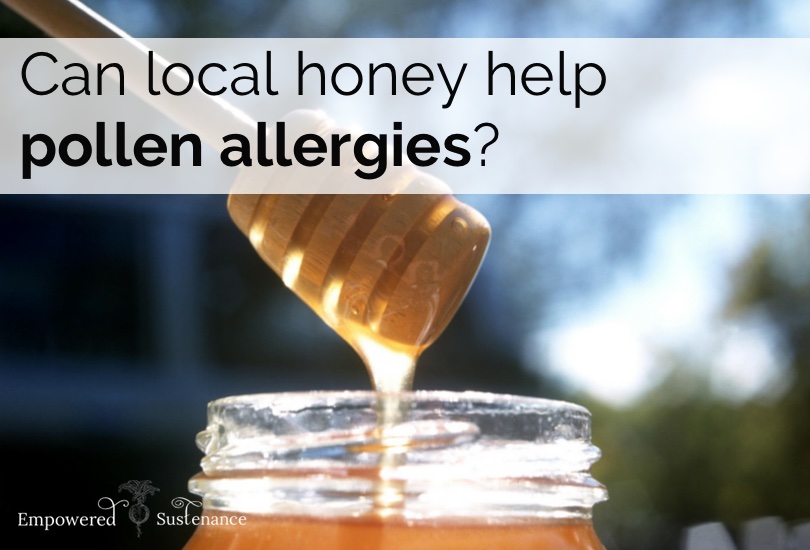 This post comes from honey expert Emi Higashiyama, who educates people on the many uses and health benefits of bee products. She previously wrote a guest post for here explaining what raw honey really means.

Local honey for allergies – does it work?

Aside from raw honey, the most misunderstood beehive product is the concept of local honey. Vague rumors about its possible allergy-prevention virtues are becoming more prevalent, prompting people to seek honey that is “local”, thinking that it might be good for allergies.

But what does “local” mean? How is honey qualified and identified as local? Is non-local honey bad or useless?

What does “local honey” mean?

The one aspect that’s confusing people is the word itself: local. The popular belief is that “local” honey must mean it comes from somewhere within fifteen or twenty miles of their residential neighborhood. Can it be within thirty miles? Or maybe it’s that many miles from where they work? How about a Venn diagram of sorts and the honey should come from the place where the fields of home of work overlap?

However the understanding of local honey has evolved, it has been seriously misdirected because it has far less to do with distance, and almost all to do with floral source. In other words, while distance does somewhat factor into the making of local honey, it doesn’t work the way people think it does. Geography, in this sense, has to do with the physical features of the land – and while we measure land by distance – we should really be measuring the efficacy of honey by its profile, which is determined by what flowers were pollinated in the production of the honey.

The characteristics of a honey’s benefits comes from the plants. For example, buckwheat honey is extremely effective in improving blood circulation. That’s because the buckwheat plant has medicinal properties that can heal capillary walls. Even if said buckwheat honey comes from far away, it will still carry those benefits (as well as many others) as long as it is raw.

Therein lies the potential problem of seeking only geographically local honey. Because some flowers only grow in certain places, there are so many that people will naturally never hear about. This has contributed to the idea of “local”, that it has to be a recognizable name, or it won’t work.  But what exactly is the thing that “works” in local honey? To understand that, we first need to understand pollen.

The role of pollen in allergies

Pollen deserves its own article, but in the context of raw or local honey, it’s essentially the key ingredient to allergy immunity.

When honeybees are collecting nectar (which is what turns into honey), they are also collecting pollen from the same flowers. The pollen is packed onto the bees legs (in their pollen baskets), and these pellets are taken back to the hive and stored inside the honeycomb. But bees have hairy bodies, and they move around a lot – and pollen is a powder – so the bees are covered in pollen by the time they go home. That means, as bees move around inside the hive, pollen is spread all over inside, including the honey. Therefore, as long as honey is raw, there will be traces of pollen mixed in.

This is good news, even though it may take some convincing for people to see it that way. Pollen has somehow become Public Enemy #1 because it is the source of seasonal allergies. What people are allergic to is pollen, flying around in the air when flowers start blooming, and it causes some confusion as to how pollen can be a good thing. (Some people would say they are allergic to honey, which I suspect has more to do with the pollen that’s lurking about inside the honey.)

For one thing, pollen is a really powerful protein. Without it, bees could not survive. Everyone thinks, because they’re called honeybees, that bees live off honey (or nectar), but it’s really the pollen that sustains them. That’s why inexperienced beekeepers, who provide lots of nectar or nectar-like substitutes – but no pollen – will inevitably have dead hives because they were too focused on the wrong food source.

Each flower produces a different type of pollen, so while the numbers are slightly different, it’s a safe average to say that a quarter-cup of pollen provides similar amounts of protein as an 8-oz steak. Horse farmers often buy pollen as supplemental feed. Pollen, as a protein source, is that powerful.

How can honey help pollen allergies? 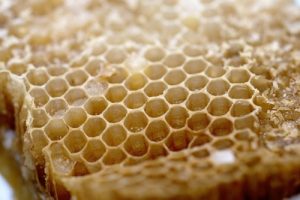 Pollen can be inflammatory, but honey has anti-inflammatory properties. Given the right proportions, the degree of inflammation caused by pollen can be overcome by the honey. Therefore, assuming that the body is reacting to a specific pollen (and developing an allergy), the presence of honey may be inhibiting the reaction to the point where the person doesn’t realize there is any allergic reaction going on.

If everything goes right, the honeys defenses against pollen will eventually become a “command” within the body to not go nuts when it detects the pollen. In other words, we can harness the body’s power to heal itself by training the body to react to irritants the way we want it to (with the aid of other substances).

Not all honey is equal; some are more potent in their anti-inflammatory properties than others. But if the honey comes from the same place as the pollen, it’s safe to assume that because they are parts of the same whole (flower), they can work together to balance each other out. That’s really the only geographical-nearness factor that applies to the concept of local honey.

For example, if someone is allergic to alfalfa pollen, it makes sense to consume alfalfa honey. Does it matter if the alfalfa honey is from within a certain number of miles radius? No, it really doesn’t. It could be alfalfa honey from another state or another country, and it should work fine.

People so often want “regular” honey (which I think is a disgrace of name), or some name/taste they can recognize – so they buy clover honey. Is that effective? My answer would be a mixed no: a) if it was mass produced, which is a big likelihood, it’s no longer raw, b) for various reasons, clover pollen is not really that prevalent, so clover pollen allergies aren’t that serious, c) clover honey is not a particularly high performer in the beneficial scope, and d) there are so many more honeys to choose from! If there is nothing else available, then yes, buy clover honey. But other honeys are so worth the consideration.

But what if I want to buy raw honey?

Then buy raw honey… that is local. This is another major misunderstanding of honey – that it’s an either/or choice between raw or local. Raw just means the temperature hasn’t climbed to a point where enzymes (and pollen) have been killed off. Local means identification of where the nectar and pollen came from.

In no way would “raw” or “local” contradict each other. For people who have little or not allergies to pollen, there’s no need to buy local honey. Buy any honey from anywhere, and simply enjoy honey for the wholesome natural sweetener that it is.

Don’t get too hung up on geographical location of honey

If we operated on the misunderstood concept of local honey, then there’s no point in anyone outside of New Zealand ever buying and using manuka honey (available here), arguably the world’s most powerful honey. Manuka’s great healing reputation has everybody scrambling to shell out lots of money, but if “local” were the most important acquisition factor, nobody else in the world should bother buying it because manuka honey is only “local” within New Zealand (and therefore outside its efficacy range if used in any other country). Except so many people continue to buy manuka honey… because it works.

And that’s the overriding concept: honey (whether it’s local or from afar) has unique properties that makes it an extremely beneficial food. There are so many ways to categorize it (by floral source, color, taste, medicinal properties, and even geographical location), but in the end, it’s simply nature’s wholesome sweetener.

“Birch pollen honey for birch pollen allergy,” “Honey: its medicinal property and antibacterial properties,” “The use of bee pollen as a superfood.” 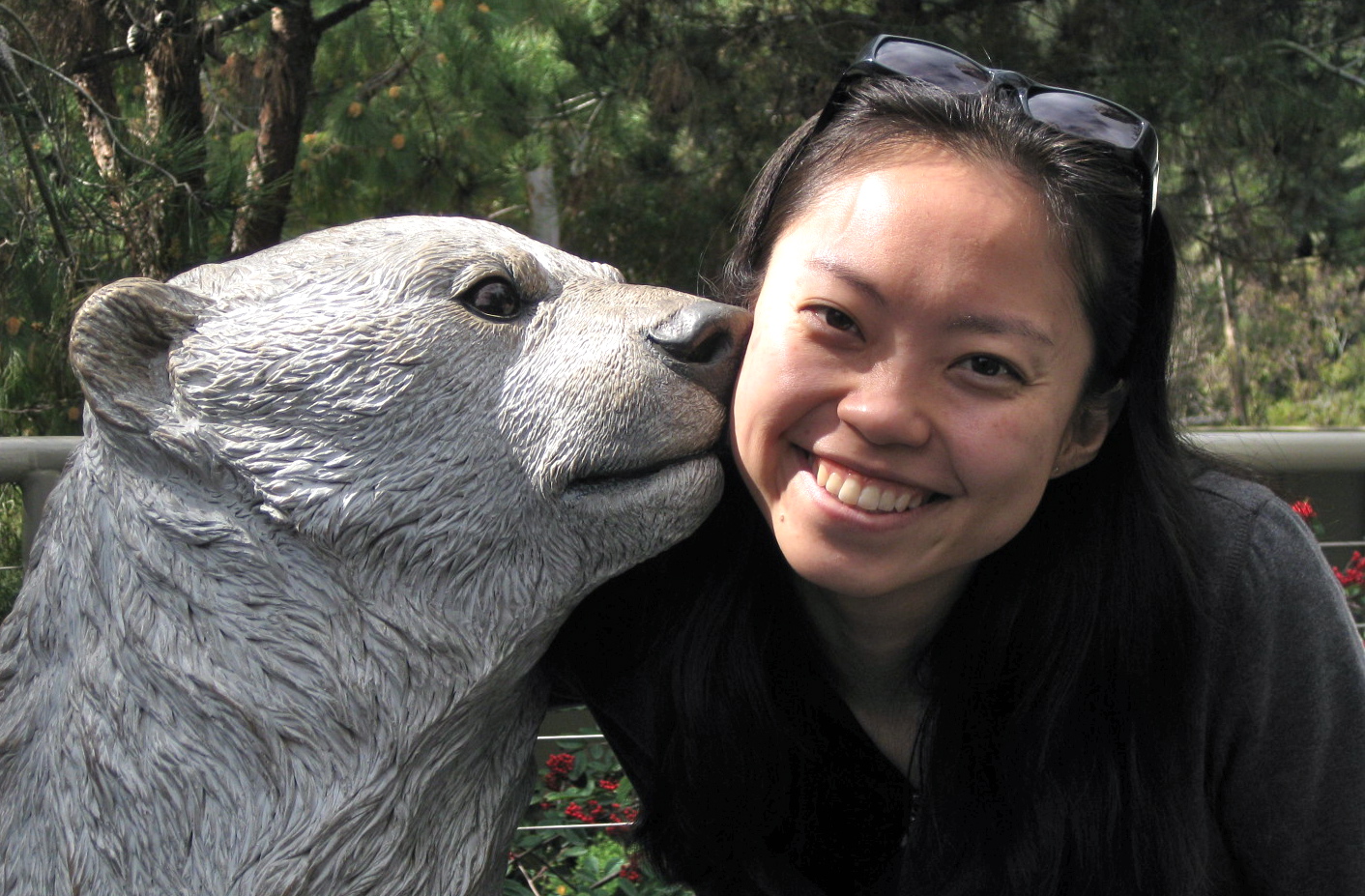