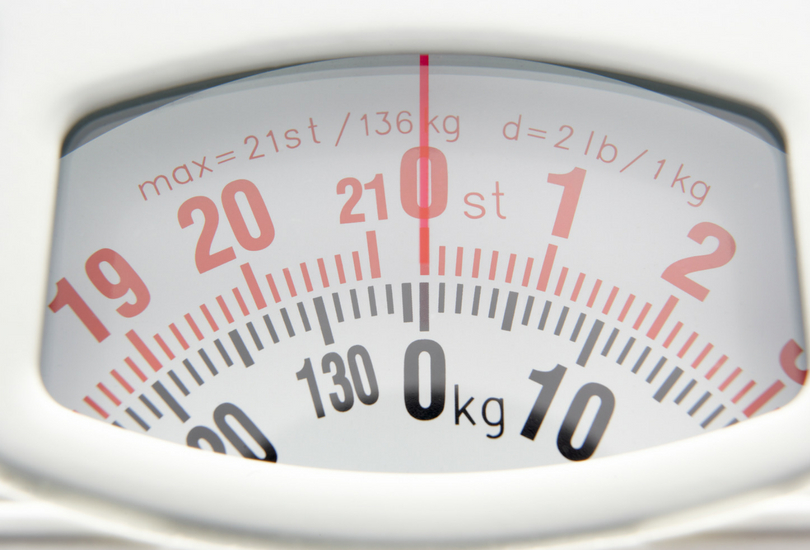 Contrary to unquestioned “fat-mongering myths,” we have no conclusive research showing body fat directly causes disease, although correlation has been shown. The truth is, we may not need to lose weight to become healthier, and we can definitely improve our health without losing weight.

Yes, this is shocking. Almost as shocking as discovering that 30 years of mainstream nutrition wrongly blamed butter for causing heart attacks. Remember when that news hit mainstream? It went something like this:

“Um, actually saturated fat isn’t bad. We demonized butter and egg yolks for the last thirty years, and told you to eat carbs instead of fat. Well, it turns out we made this gigantic mistake that contributed to epidemic diseases we’re currently facing.

Also, there was super shady funding going on between so-called ‘heart-healthy’ food producers and the profit-prioritizing American Heart Association. Oops. Go back to eating butter like your grandparents.”

I wrote this post after reading Health at Every Size by Dr. Linda Bacon, PhD. The book outlines the program she created with the same title, helping women to step off the dieting treadmill in order to feel happy and healthy in their bodies… at every size.

Health at Every Size rests on the philosophy that we override our body’s wisdom by following “food rules” such as calorie restriction and dieting. We also override this wisdom by believing our body “should” look a certain way in order to be healthy. This book safely guides readers to stop dieting and learn how to trust their body’s internal guidance system about food choices.

I use the term fat in this blog post to describe body fat. Fat is also the term Dr. Bacon uses in her book, seeking “to reclaim the word as a descriptive term, stripped from its pejorative uses.”

The war on body fat

Excessive body weight is not necessarily a health problem. However, it can point to a problem with what we eat, and the processed food made so widely available in our culture. Focusing our attention on fat loss through dieting, exercise, or surgical interventions doesn’t necessarily solve the underlying problems with food quality, and often inflicts more harm than good on our physical and mental wellbeing.

As stated by Dr. Bacon, “The only way to solve the weight problem is to stop making weight the problem.”

Fat is not nearly as dangerous as we are led to believe by the industries and organizations profiting from fat-fear-mongering. We lack substantial research showing a causal relationship between excess fat or obesity and chronic diseases like heart disease, diabetes, or hypertension.

Dr. Bacon cites over 400 scientific studies and resources in her book to reveal how the following beliefs about fat are myths:

Dr. Bacon also writes, “Weight myths have become unquestioned assumptions, so strongly a part of our cultural landscape that we regard them as self-evident.”

I understand how bizarre and potentially unsafe this information may sound when we assume that the health/nutrition information circulated by government and political organizations is accurate.

One of my intentions with this article is to unravel fact from fiction, and identify some myths fabricated by industries to further their profits. 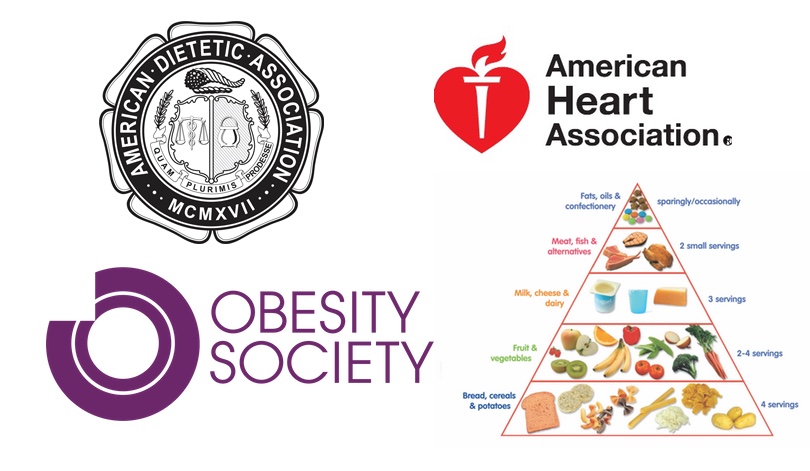 Much mainstream health information and statistics is highly biased. Here are some examples of the dirty politics behind mainstream nutrition information:

The consequences of fat fear

Why have we been so mislead about the dangers of fat? One reason is weight loss is a highly lucrative business, raking in approximately 60 billion dollars a year.

The weight loss industry uses fear-based motivation, promoting the underlying message that if you have body fat you are unhealthy, unattractive, and lazy.

We internalize this message, unconsciously accepting it as fact, and continually try to become thin to prove  we are healthy, attractive, and successful. It also leads to judgements made toward heavier people and very real prejudicial consequences, such as in workplace and hiring situations.

The “get thin at any cost” game creates serious consequences for our entire culture.

For instance, weight loss surgery and liposuction are growing in popularity. For both these procedures, the side effects and death rates are severely underreported.

Intestinal stapling is a weight loss surgery in which sections of the intestines are sealed off to prevent nutrient absorption. The so-called “side effects” — more like primary effects — include severe malnutrition, liver damage, liver failure, brain damage, stomach cancer, and a mortality risk increased by nine times. (Sources: The Beauty Myth, Health At Every Size)

Liposuction, one of the fastest-growing cosmetic surgeries, carries a risk of death rarely discussed by the surgeons.

[One] study, which appears in the latest issue of Plastic and Reconstructive Surgery, showed a death rate of about 20 in every 100,000 patients who underwent liposuction between 1994 and 1998. The authors point out that this number is higher than the death rate for motor vehicle accidents in the United States. But it’s a dramatic improvement from what most would consider the “bad old days” of liposuction — the 1970s — when death rates were eight times higher. (Source.)

(As would be expected, many weight loss surgeons disagree with the worrisome statistics in that article.)

It’s valid to ask: “But doesn’t weight loss surgery improve health, because fat is such a risk to health?” That’s what the medical industry — and I mean industry, not simply profession — would like you to believe. When medical doctors take the Hippocratic oath, they swear to “First, do no harm.”

In order to perform weight loss surgery, they must argue that the health risk of obesity is greater than the health risks associated with the surgery. To justify this position they must turn obesity into a disease and fat tissue into damaged tissue.

Further, many women, and a growing number of men, turn to disordered eating to “earn” beauty, success, and admiration. I believe eating disorders all begin with the desire to achieve control in a situation where feeling out of control predominates. It follows that if self-worth is tied to being thin, it can be controlled by achieving thinness.

Eating disorder rates are climbing off the charts, with deathly consequences. Anorexia is currently the leading cause of death in women aged 15 to 24. (Source.)

Is fat-acceptance a health-destructive viewpoint?

So, are you shaking your head thinking that Dr. Bacon’s Health at Every Size, and my blog post promoting it are dangerous? You may think that by countering fat-shaming, I’m encouraging unhealthy behavior. You may think I’m giving people permission to treat their bodies poorly.

Actually, that’s not what I’m doing. Through writing this I’m offering liberation from fear-based motivation. There’s a tendency to believe fear is a necessary driver toward improving our health and wellbeing. As a result, we criticize, shame, and blame ourselves subconsciously thinking it will motivate us to do better.

But this doesn’t work. In the words of Louise Hay, bestselling author and founder of Hay House publishing,

You have been criticizing yourself for years and it hasn’t worked. Try approving of yourself and see what happens.

Most of us have room to improve regarding our health (which is not necessarily the same as losing weight). And no matter our shape and size, health can be improved by radically accepting our bodies.

Where do we go from here?

In order to move toward greater self-acceptance of body image and weight, I recommend the following actions:

1.Rather than exercising to burn off calories, move in a way that makes you feel good. Our culture has bizarrely intertwined food with exercise, making exercise a “punishment” or “penance” for eating too much. We also tend to eat more food than usual if we believe we’ve burned off calories through exercise.

A practitioner colleague once recounted, “Some of my female clients tell me they feel guilty for not wanting to have sex with their partners. I ask them if they are attracted to their partner. They look at me stunned, start sobbing, and say, ‘No, I’m not.’”

The moral of the story: find the movement you are attracted to, and it will be a pleasure, not a guilt-inducing chore.

2. Learn about intuitive eating. If you feel stressed about your weight and constantly obsessed with food, intuitive eating will set you free. In my coaching program Food without Fear I help spiritually-minded women permanently heal their relationship with food and weight.