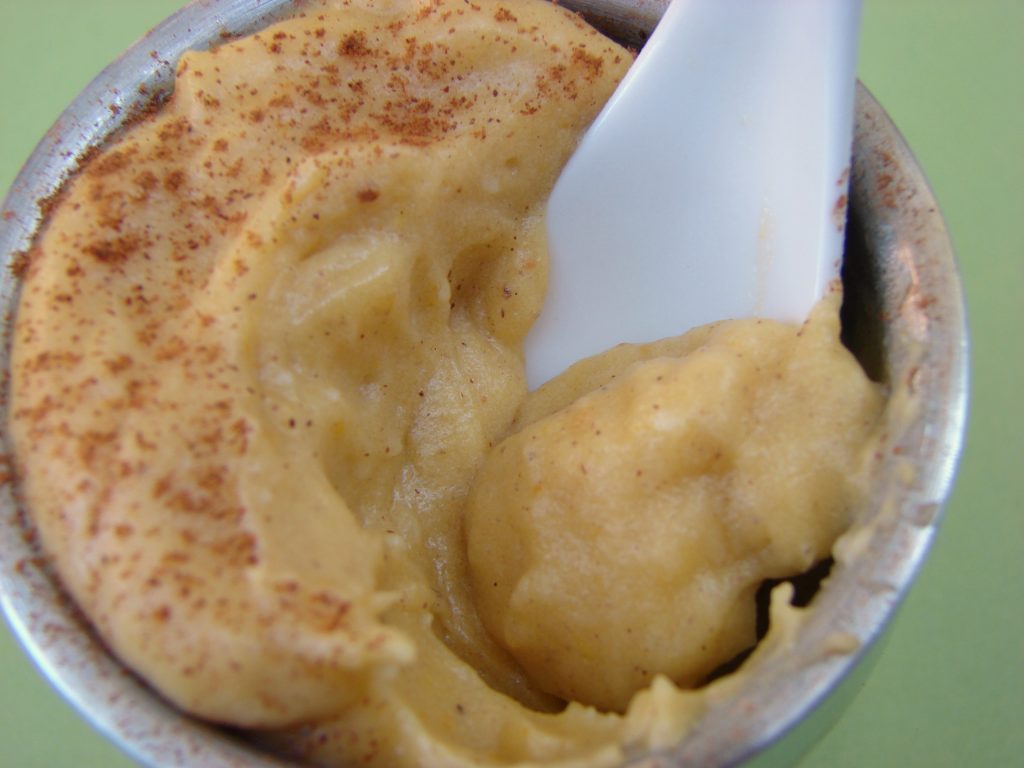 Mousse is a very scary word indeed. It usually refers to a recipe which takes up to two pages in a cookbook and requires a dozen steps including whipping, folding and setting. 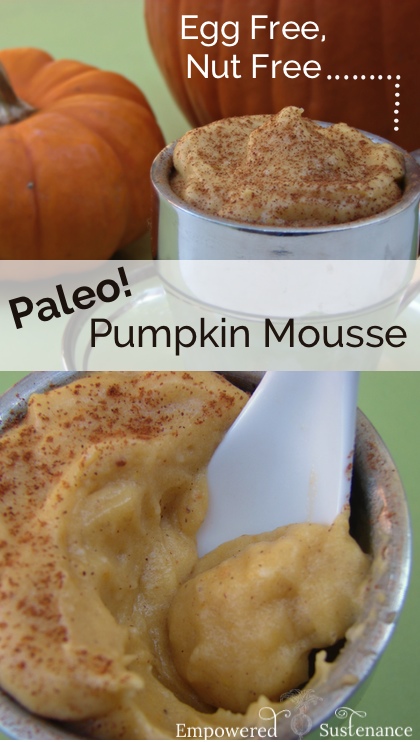 Like I said, I’m all for complicated kitchen endeavors when the time is right… but usually I want to make simple things. And my relationship with traditional mousse is further strained because it calls for sugar and cream, two things I cannot eat right now on an anti-inflammatory, grain free diet. And that is where this Paleo Pumpkin Mousse comes in!

For a thick, luscious result without eggs or dairy, I set coconut milk and pumpkin purée with gelatin. After is has set, I whiz it in a food processor and it transforms into a decadent and paleo-friendly mousse.

You may not believe that such simple ingredients and an odd technique could live up to those claims. But the proof is in the pudding 🙂