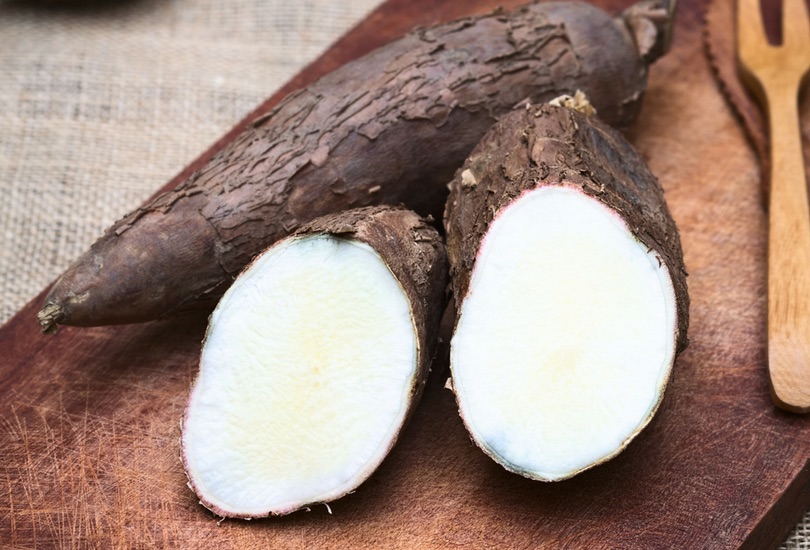 I recently began experimenting with yuca, a tuber that is found in both the fresh or frozen sections of large grocery stores. If you are unfamiliar with yuca, why not give it a try? Here’s a primer for getting to know this versatile and tasty tuber.

Yuca is a white tuber with a thick, waxy skin. It was a staple in South America in pre-Columbian times and continues to be an important part of South American and Caribbean cuisine. It is also widely used in Asian and African meals. Yuca is exactly the same as cassava, tapioca and manoic – these are simply different names for the same tuber. Tapioca flour, tapioca noodles and tapioca pearls are all made from the powdered yuca root.

Is yuca the same as yucca?

According to this Wikipedia article (a totally reliable source, right? 😉 but it will suffice in this case), yuca is not the same as yucca.

[Yucca] are those spiky flowered plants common in Southern and Western parts of the US, including Florida, New Mexico, and California. But they don’t have the edible root of the yuca, and are commonly confused. […]

Yuccas are widely grown as ornamental plants in gardens. Many yuccas also bear edible parts, including fruits, seeds, flowers, flowering stems, and more rarely roots, but use of these is sufficiently limited that references to yucca as food more often than not stem from confusion with the similarly spelled but botanically unrelated yuca.

When it comes to versatility and texture, yuca boasts many similarities to white potatoes. This tuber can be boiled, fried, roasted and used for baking.

Yuca is very starchy – even more starchy than potatoes. I’m not one to bash carbs, as I believe protein, fat and carbs are all vital ingredients for health. We just need to combine these macronutrients in the proper ratio, and get them from quality and unprocessed foods. Yuca is an excellent source of non-inflammatory carbohydrate.

Unlike many people in the paleo circle, I don’t have a grudge against potatoes. However, my body does… I do not tolerate potatoes well. As a matter of fact, potatoes are a nightshade are problematic for many people for these various reasons. I currently avoid all nightshades since I follow the Autoimmune Paleo Diet to manage my autoimmune issues. Yuca provides the qualities of white potatoes without the problematic effects of nightshade vegetables.

As long as you peel your yuca thoroughly, yuca is safe to eat. However, it is important to know that it does contain a natural poison in the skin:

Something to know is that all cassava produce toxic cyanide, but the two main edible varieties produce it in different amounts. “Sweet” cassava is the root most often sold for home cooking and has its cyanide concentrated near the surface. After peeling and normal cooking, it is safe to eat. “Bitter” cassava has cyanide throughout the root and can only be eaten after extensive grating, washing, and pressing to remove the harmful toxins. Bitter cassava is not typically sold for home use, especially here in the US, and is more commonly used to make tapioca and other cassava by-products. (Source and read more at The Kitchn)

According to the Nutrition Facts for Cassava on nutritiondata.self.com, 1 cup of yuca (208 grams) contains:

Remember, a small portion of yucca goes a long way – check out the recipes below for examples.

How to prepare yuca

You have two widely available options for preparing yuca: fresh or frozen. To prepare fresh yuca, first chop off the ends, slice it into thick rounds, then cut off the peel with a chopping knife. Then boil it until tender. It is now ready to pureed to make a dough. The boiled yuca can also be mashed, baked or simply eaten with your choice of condiments. 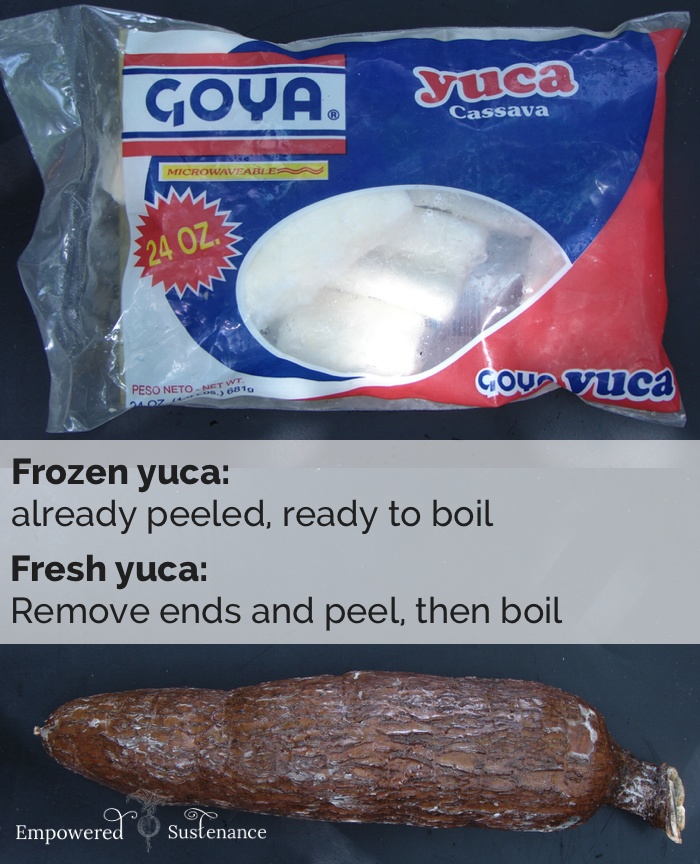 This video by Jennifer at Predominantly Paleo is an excellent and brief tutorial on preparing fresh yuca and turning it into a grain-free dough. I follow this method below to create yuca dough with great results. One tip Jennifer told me is not cutting the yuca into small pieces before boiling, which can create a glue-y effect. Leave the yuca in large pieces for boiling.

The frozen option is sold under the Goya brand and can be found in most large grocery stores and nearly always in African, Asian and Hispanic food markets. To prepare, boil is according to the package directions. Then, you can turn it into a dough (see video above), mash it or bake it into fries.

The following yuca recipes are delicious, grain free ways to incorporate yuca into your meals. These are all grain free, although some contain dairy.

Stay tuned later this week when I’ll be sharing a Paleo Strawberry Shortcake recipe made with yuca! Have you used yuca before? 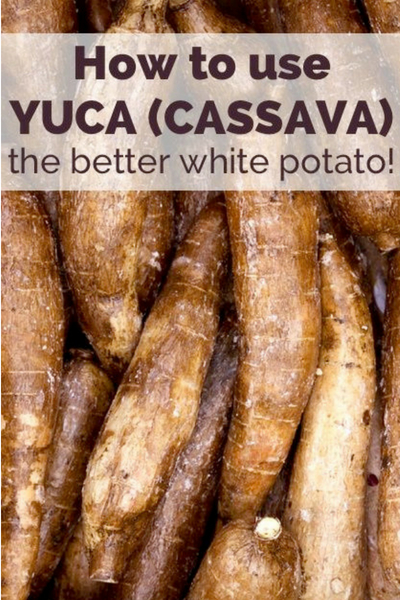