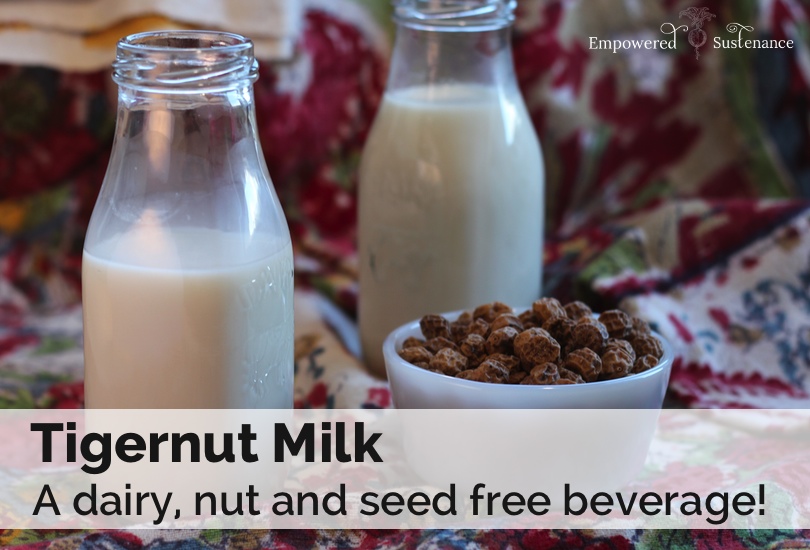 I’m feeling like a trailblazer in the blogging world right now by highlighting tigernuts. A few weeks ago, I shared grain free tigernut pancakes, and this week I’m sharing tigernut milk (okay, stop laughing at the name…) There are pros and cons to paving the way with tigernut recipes.

Pros: I have the thrill of applauding the benefits of this ingredient before everyone else jumps on the bandwagon. Cons: I may get sick of tigernuts soon, after all the recipe experimentation over the past week.

While I believe raw milk boasts unique health benefits, dairy isn’t tolerated by everyone. Many people reach for nut or seed milks as an alternative to dairy milk.

I do not recommend the nut/seed milks available in cartons at the store. These contain a slew of problematic ingredients including:

Instead, I recommend making homemade nut or seed milks, so you can control the ingredients.

Tigernut milk is a creamy beverage with the sweet, toasty flavor of tigernuts. It’s delicious chilled, but you can also use it in your tea or coffee. I also recommend using it in smoothies to enjoy the flavor.

Print
Tigernut Milk
Serves: Makes about 3½ cups of milk
Want an alternative to dairy milk, nut milk or coconut milk? This creamy beverage features an ancient and nutrient-dense tuber called tigernuts. Enjoy sipping this milk chilled, or use it in your favorite smoothie recipe to highlight the naturally sweet, toasty flavor of the tigernuts.
Ingredients
Materials required
Instructions
3.5.3251 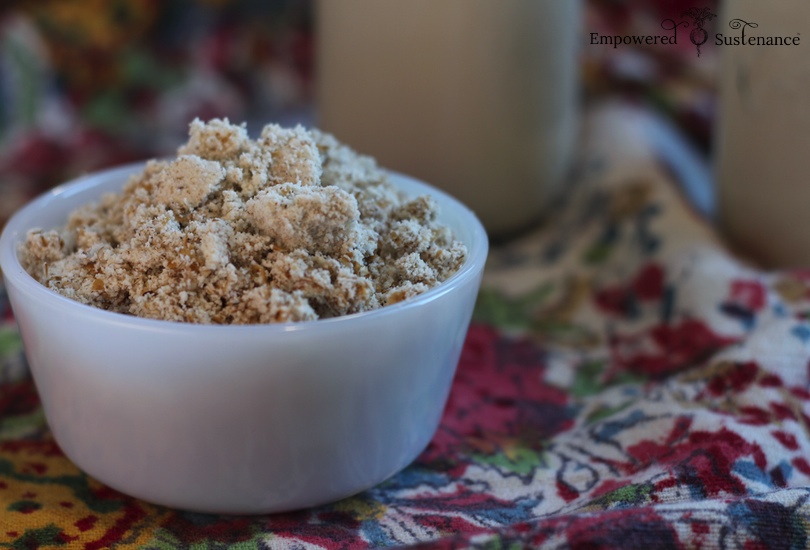 Save the tigernut milk pulp! 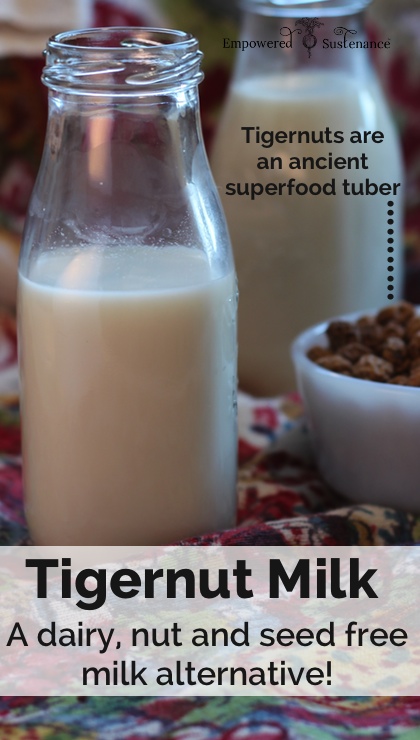 If you’ve made nut or seed milk before, you know you get two components from the process: the milk and the pulp. The cardinal rule of making your own nut milk? Don’t toss the nutrient-dense pulp!

You’ll find that the tigernut pulp taste a bit bland and dry, since much of the flavor has been squeezed out of it. But it’s still a rich source of resistant starch. Store the leftover pulp in an airtight container in the fridge.

Here are some ways you can repurpose the pulp:

Have you tried tigernuts yet? Do you make homemade nut milk?

There has been a problem with your Instagram Feed.