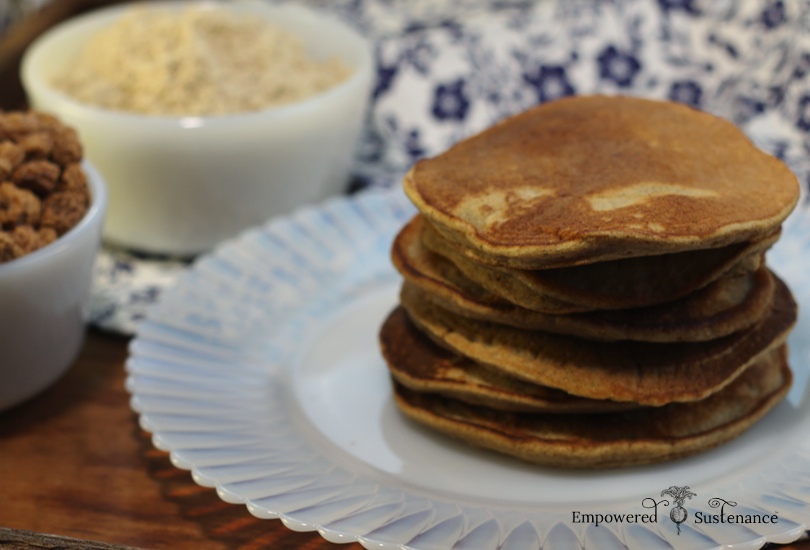 Tigernuts: tubers with a misnomer

Last week in this post, I introduced you to one of my favorite foods: tigernuts!

Tigernuts are actually small vegetables with an ill-fitting name. They are more widely known in Africa and the Midde East and are also known as: 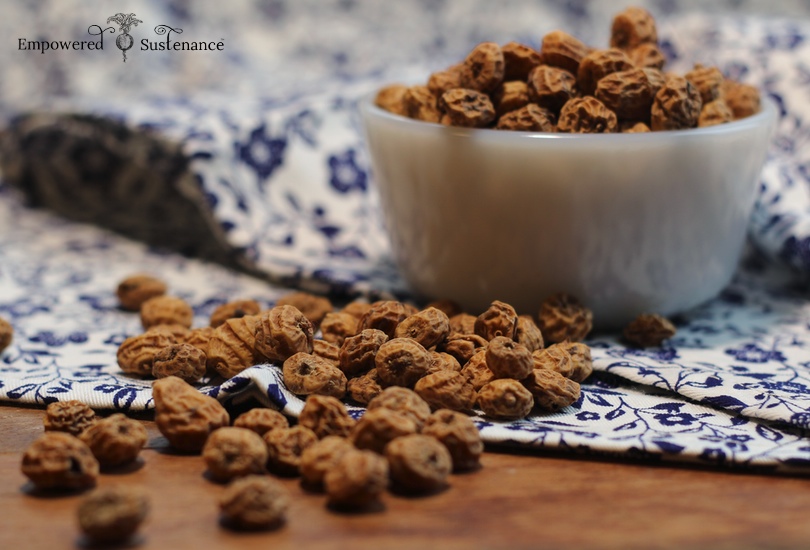 Why am I so smitten with this new food discovery?

What is Tigernut flour?

Although I had been familiar with their whole tigernuts, Organic Gemini recently introduced me to their tigernut flour. I was over-the-moon to incorporate this grain-free flour into new recipes.

The only place that I’ve found to purchase this tigernut flour is here from Amazon.

If you google recipes for tiger nut flour, you have really really slim pickings. It seems like a newcomer in the world of grain free recipes. I didn’t have much to use as a jumping-off point for recipe development. So, I decided to grab a couple of bags of tiger nut flour, set aside a long afternoon, and start from utter scratch. 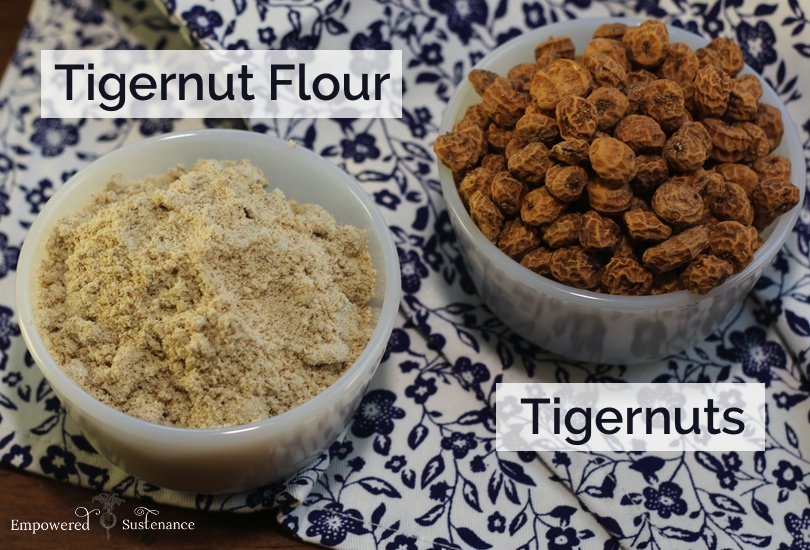 Here are factors to keep in mind about tiger nut flour

About the other ingredients 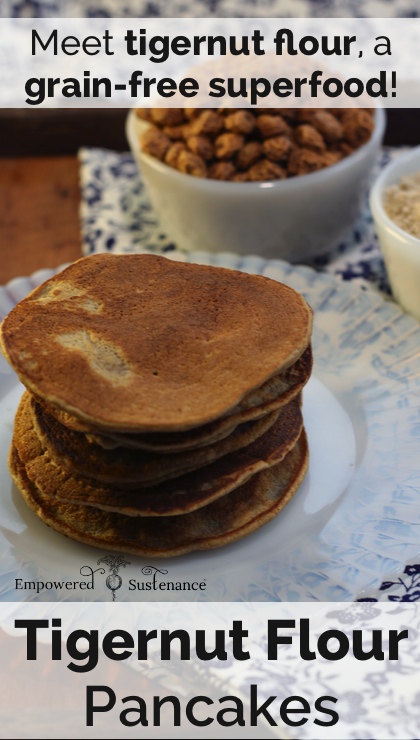 Eggs – I can’t tell you if this recipe will work with an egg substitute. I’m in the early stages of tigernut flour experimentation, so I haven’t yet tried variations without eggs. Over the next few months, I look forward to experimenting with egg-free tigernut flour recipes.

Baking soda and apple cider vinegar – I’m frequently asked why I use this combination in many of my baked good recipes. In short, it’s a grain free leavening substitute for baking powder, which contains cornstarch. The vinegar reacts with the baking soda to provide lift. You can use white vinegar instead.

Are you interested in trying tigernut flour? Have you used it before?