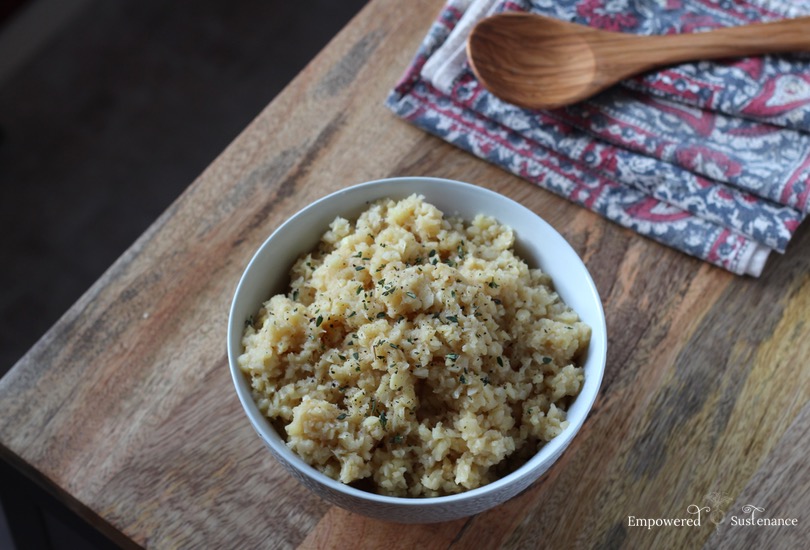 Sometimes, I live on the wild side…

Though I don’t skydive or bungee jump, I evidently seek more domestic forms of an adrenaline fix. Sometimes, I throw caution to the wind and prepare untested recipe ideas for dinner guests. And not come over for food, I’ll bake a spaghetti squash and open Kombucha dinner guests (which happens with my circle of friends). But rather, I’ve vacuumed the living room, lit candles, planned a detailed menu, and we’ll eat at 8pm dinner guests.

With my reputation as a sophisticated hostess at risk, I included on my menu paleo risotto which had, until that night, only existed as an untested but promising recipe idea. I was both relieved and excited to successfully manifest my idea into a delicious side dish.

Are you surprised that this paleo risotto recipe doesn’t call for the ubiquitous cauliflower rice? I chose parsnips instead, for the sweet flavor and starch content. When cooked slowly with liquid, parsnips release starch to create a creamy base. I added a splash of coconut milk for additional richness. The result looks like risotto and tastes very similar to the authentic version, without the grains and dairy. 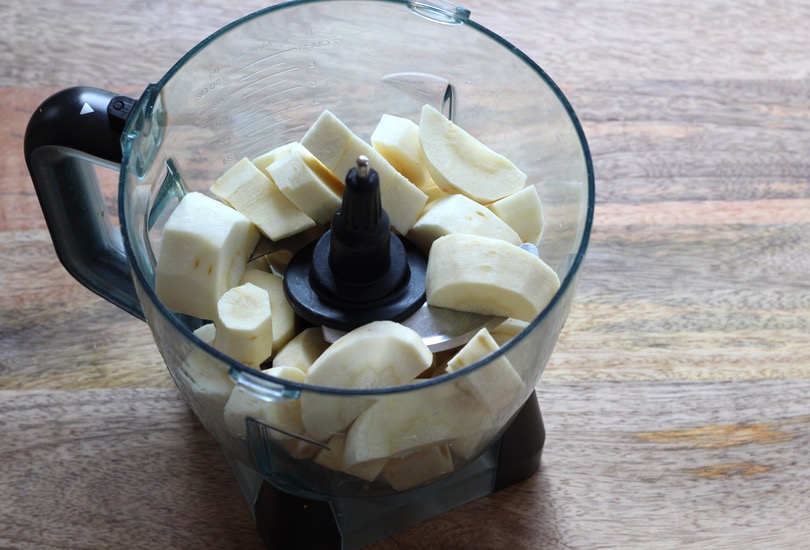 If you’ve made cauliflower rice before, this parsnip rice will be a familiar routine. Peeled, chopped parsnips are pulsed in a food processor until it resembles the rice-sized granules (shown below). It takes just a few seconds of pulsing. 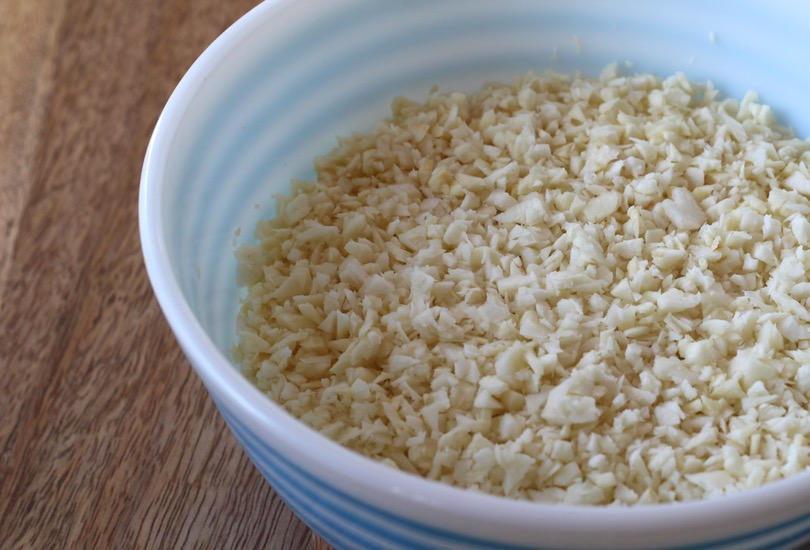 Print
Paleo Risotto, with Parsnip "Rice"
Serves: Makes 4 side-dish servings
Looking for a grain-free alternative to risotto? This paleo option highlights the sweetness of parsnips and replicates the creamy texture of traditional risotto. It pairs beautifully as a side for with rich, slow-cooked meats.
Ingredients
Instructions
3.5.3226 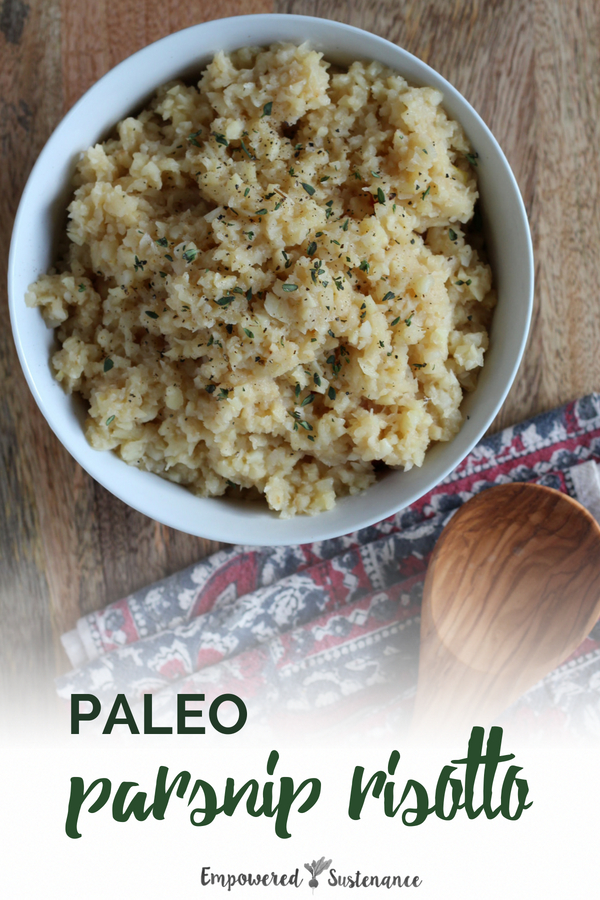