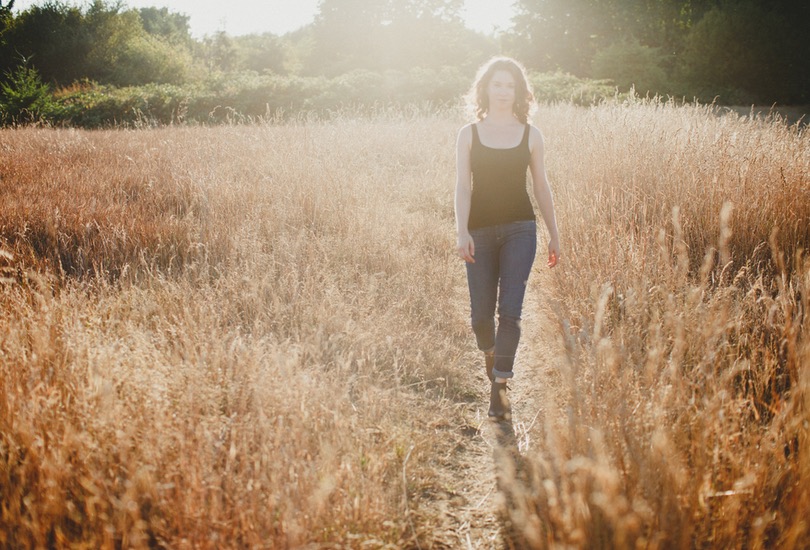 I received the following email from a reader, in response to my work with an energy medicine company.

I considered Spamming this comment immediately, primarily because the writer’s condescending and accusatory tone turned my stomach. Instead, I slept on it and woke up the next day with gratitude for E. She took the time to share with me her beliefs about healing, beliefs that often go unquestioned in our Western culture, and she presented me with the opportunity to open a discussion about these beliefs.

Many people, like E, trust only methodologies proven by scientific studies and condoned by medical institutions.  They only consider viable those therapies which have an identifiable “mechanism of action,” such as a specific, drug-like chemical reaction in the body.

I don’t share that worldview. I believe we can profoundly support our health with time-honored  methods that have yet to fit the processes and instruments of our medical industry. I made the choice to heal outside the “rules and regulations” of western medicine. That choice may not be right for you. But if it is, I am here to empower you in that choice.

I love what you’ve done to promote healthy eating, but I’m shocked to read about your work with this new company. As medical professionals, we must make ethical decisions on behalf of our patients. You are pushing expensive products with no peer-reviewed data in support of their efficacy onto the readers of your blog, many of whom are ill, desperate for solutions to their chronic health issues, and easily goaded into trying unverified treatments. These people have spent hundreds of dollars on medications already, and you’re using your personal anecdote to sell the kind of product that’s offered by multi-level marketing companies. I’m glad to read that you felt better after dabbing peppermint oil on your head, but to make a claim to the general public that it improves functioning of your parasympathetic nervous system–with zero reproducible results, even in animal models–is fraudulent. Wake up, Lauren. You seem like an articulate woman who is capable of stepping back and seeing the forest for the trees. I apologize if this sounds hurtful. It pains me to see people being duped, and a seemingly nice person like you, who seems to want to help people, getting caught up in this mess.

Have you ever considered applying to a Master’s or PhD program to research the treatment you’re interested in? It’s not an easy road, as there are many more rules and regulations in place to vet information. It will, however, bring you much closer to the truth than giving oil rubs at Bastyr.

Finally, I encourage you to take a look at naturopathicdiaries.com for a viewpoint from a naturopath who is now completing her Master’s at a reputable institution

This is my response to E.

Energetic therapies are the most universal and ancient lineage in healing. In our modern culture, these therapies are called alternative healing, but a more accurate description is original healing. Archaeological excavation of mummified bodies suggest humans used acupuncture, an energetic technique, as early 3000 B.C. to treat conditions such as arthritis and back pain.

“In every culture and in every medical tradition before ours, healing was accomplished by moving energy.” -Nobel Laureate Albert Szent-Gyorgyi

Today, some individuals can feel, see, hear or otherwise sense the subtle fields of energy around the human body. This tactile perception of energy, now uncommon, was an integral part of ancient energy healing.

The ability to perceive subtle energy allows individuals to use energy for healing others. The individuals I know who are uniquely gifted in energetic sensibilities are herbalists, flower essence masters, Reikei practitioners, and acupuncture practitioners.

For years, I had searched for a scientific explanation of energy therapies, with the intent to legitimize this holistic tool in the eyes of modern science. I sought a certain, proven, and mechanistic explanation, but found no theory satisfactorily thorough.

When read the book Ignorance by Stuart Feinstein, Professor and Chair of the Department of Biological Sciences at Columbia University, I realized that I was on an endless pursuit. I was searching for a scientific answer that was, likely, not yet discovered by science.

In his book, Feinstein explains how we further the progress of science through a necessary, but often uncomfortable, time of uncertainty.  To use the words of Nobel Prize winning physicist Erwin Schrodinger, we must “abid[e] by ignorance for an indefinite period.”

“Consider the wide stretches of the electromagnetic spectrum, including most obviously the ultraviolet and infrared but also several million additional wavelengths that we now detect only by using devices such as televisions, cell phones, and radios. All were completely unknown, indeed inconceivable, to our ancestors of just a few generations ago,” writes Feinstein. “Just as there are forces beyond the perception of our sensory apparatus, there may be perspectives that are beyond the conception of our mental apparatus.”

In other words, there are unknown unknowns. With a sense of freedom, I realized energy therapies may work at a level of forces we do not – and may not ever – comprehend.

The Music of Energetics

Modern science will eventually develop measuring devices sensitive enough to reveal more of the energy fields that interact with the human body. I believe that we will see faster progress in this area if we explore energetics beyond the realm of reductionism.

Modern science is governed by reductionism, a belief which attempts to understand a whole by breaking it down and analyzing the tiniest particles. Author and biochemist Rupert Sheldrake points out the primary problem with reductionism: it’s like trying to find out how a computer works by grinding it up, and studying the molecules of nickel and copper. There is a place for reductionism in studying the human body, but we also need to compliment it with a bigger-picture perspective.

The human body is a Mozart Symphony, but Western science often tries to study the symphony by playing each note by each instrument, one by one. That’s a sure way to lose the music.

I believe we’ll learn how energetics work by listening to the entire symphony, not to the individual notes of atoms and chemical interactions.

Feinstein says, “More often than not, science is like looking for a black cat in a dark room, and there may not be a cat in the room.” Studying energy therapies from a reductionistic approach is often like trying to find a nonexistent cat.

Consider acupuncture. We know it works, and we have the double-blind, placebo-controlled, peer-reviewed studies to show it. But, after investing countless dollars into analyzing this therapy, we do not have a measurable mechanism to explain acupuncture. Scientists are trying to catch the Acupuncture-Explanation-Cat, but maybe there is not a cat. Maybe, the explanation is the dark room itself. Maybe it’s the whole house.

At the end of this article, you may still be asking me the question, “how, scientifically and exactly, does energy medicine work?”

And my reply is, “Scientifically and exactly, I don’t know.”

Perhaps that leads you to the next question: “Then why do you use and recommend energetic therapies?”

Because I want to tell you that you have a choice in your healing journey. You can choose, as I did, to find support in therapies not yet sanctioned by the scientific studies of Western Medicine.

Finding this support is a journey of discovery and careful experimentation that will be unique to you, your history, and your body. The modalities that work for you may not be mechanistically repeatable for someone else, even in similar situations.

When I used energy medicine and alternative nutrition, both neglected and even “unproven” by modern science, I experienced healing that Western Medicine told me was impossible. I want to encourage you to consider alternatives, anchored in ancient traditions, that have yet to fit the processes and instruments of our current medical industry.